A bud growing on a leaf blade should be..??

Hey guys so i was in the garden tonite and i had two plants go kinda weird. they were both put to 12/12 pretty much from jump. They had like two or three sets of fans..
Anyway one went hermie. And the other one is doing fine but tonite i found something I've not seen yet..on one of the fans the middle blade is missing and where the blade SHOULD be growing its a bud starting. .I still can figure out how to get pics on a post so Im gonna throw em in my gallery now.
This might be a common thing its just something i haunt seen till now..its cool looking...you guys seen this?
J

i've probable grown 150 plants and i've seen it once. kindda like a four leaf clover. unfortunately it was pretty small when dried and nothing special in a bong hit. the regular buds on the plant were much better
2.

kdogsgirls said:
on one of the fans the middle blade is missing and where the blade SHOULD be growing its a bud starting.
Click to expand...


Don't know about a "missing blade" but bud growing from the leaf is most often from cannabis Chinensis in the genetic line somewhere. One commercially-available strain that I know of that would occasionally exhibit this trait is Soma Seeds' Somanna; there are undoubtedly others.


kdogsgirls said:
I still can figure out how to get pics on a post
Click to expand...


Couldn't be easier. See the icon on top of the message-entry box that is a camera with a right-pointing green arrow in front of it

? Click that and it'll open a separate window with thumbnails of the pictures in your gallery. Just click on the one(s) you would like to insert in your post. Or you could of course just use the traditional IMG tags, but the icon is easier.
Respectfully,
Tortured Soul 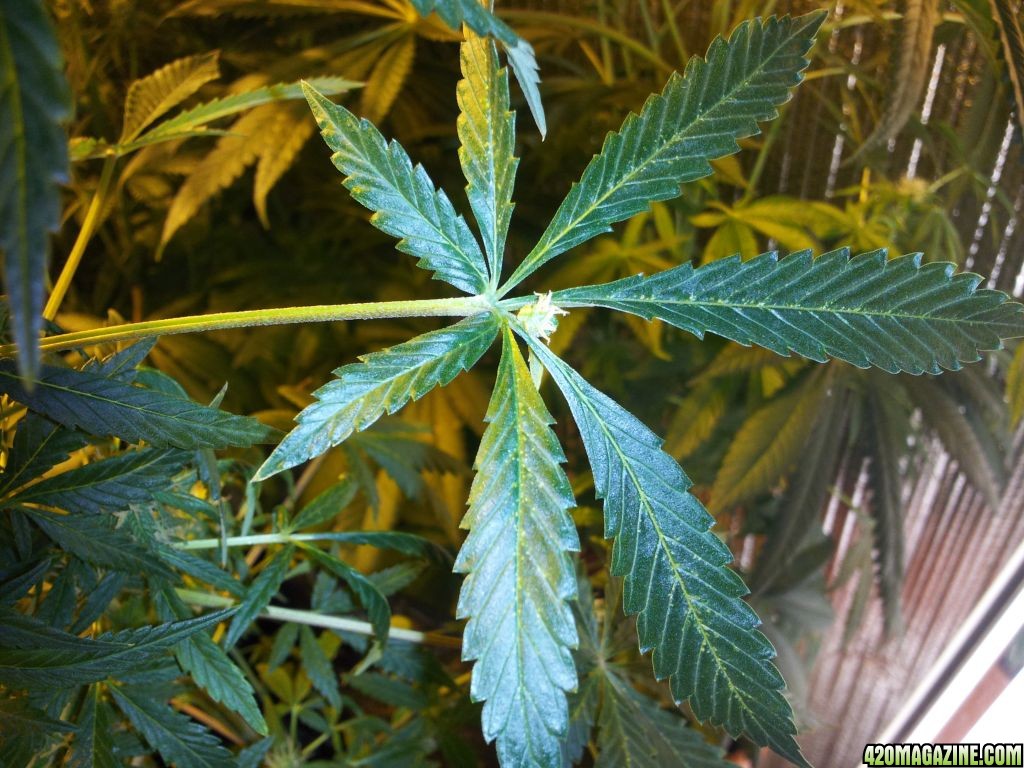 Tortured i could hug you right now..here comes a psychic hug pal.and not in a sissy way, in a manly good looking out kinda way..thx
C

Lol dam freaks...she's a cool little plant..no male flowers on this one..and i searched..also i mentioned two plants that started twelve twelve from jump. Well one hermied and that's the other

S
Information Based On Leaf Formation