A Peace Pipe Made In America

Is this a great country or what? Oh, sure, as Republican presidential front-runner Donald Trump puts it, "We are led by very, very stupid people," but still – the ingenuity of the populace shines through.

Sometimes the inhabitants of America find a path around their political potholes. Case in point: the amazing progress being made in the War on Drugs.

"Legal marijuana may be doing at least one thing that a decades-long drug war couldn't," explains Christopher Ingraham at The Washington Post's Wonkblog, "taking a bite out of Mexican drug cartels' profits."

Oh, wait a second. "Legal marijuana" hardly qualifies as part of the drug war. It's that war's antithesis.

Nonetheless, the new reality of "legal" pot under state law (even though it remains illegal under federal law) has led to a booming quasi-legal marijuana industry in the United States. Lo and behold, pot produced in the good old USA is outperforming pot grown south of the border.

In last year's National Drug Threat Assessment, the DEA announced that, "The quality of marijuana produced in Mexico and the Caribbean is thought to be inferior to the marijuana produced domestically in the United States or in Canada. . . ."

The business acumen and advantages enjoyed by American marijuana entrepreneurs has altered the entire drug supply dynamic, bringing down prices. In fact, the Drug Enforcement Agency (DEA) has acknowledged that U.S. marijuana is now being illegally smuggled into Mexico. (Maybe the smugglers will pay for the wall.)

Surging domestic pot production comes only in part from ballot initiatives passed by voters to fully legalize marijuana in Alaska, Colorado, Oregon, Washington State and the other Washington, the nation's capital. There are another 23 states where marijuana is legal for medical use, and pot is widely prescribed. Today, medical marijuana-permitting California grows the most marijuana.

Let's remember, too, that legalization – outright or for medical purposes – didn't come about after five decades of drug war failure because politicians came to their senses, admitted their mistakes and advocated a different approach. No. Instead, frustrated citizen leaders teamed up with successful entrepreneurs to launch ballot initiatives, allowing voters to directly decide the issue.

More domestic pot means economic growth – jobs. It means fewer unlucky Americans will be incarcerated for a victimless crime tens of millions of other Americans have committed without penalty, including the last three presidents. And it means that the Mexican drug cartels are losing market share to non-violent American businesses.

How important is it that legal pot in the U.S. is cutting into the take for Mexico's cartels?

Well, those criminal gangs have waged a war with the Mexican government killing more than 164,000 citizens between 2007 and 2014. Less profit to fuel the Mexican drug lords in that bloody war is more for our peace and security.

Let's call it a peace dividend. 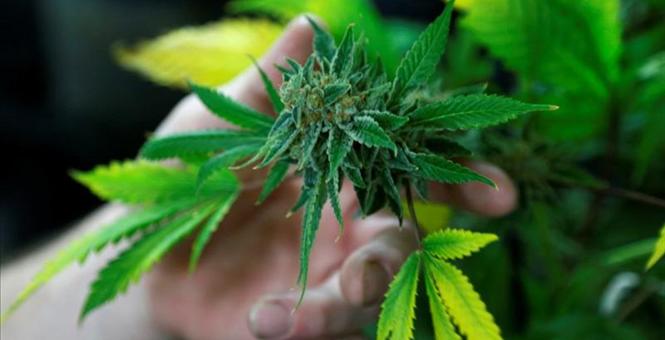