The announcement came a day after the City Council's second and final vote approving the ordinances. Expected to take effect at the end of October, the laws made San Jose the largest Bay Area city to approve a framework allowing medical marijuana businesses.

But activists say the rules are unworkable. Not only would the ordinances cut the number of clubs from more than 100 to just 10, they would also limit the clubs to certain commercial and industrial areas. The dispensaries would also have to grow all their weed on site, a provision that activists contend would invite federal drug raids and force them to close.

"We're here to correct a mistake," said James Anthony, an Oakland attorney and chairman of the Citizens Coalition for Patient Care, a San Jose group formed to pursue the referendum. "They passed a law that is an effective ban on medical marijuana in San Jose."

Serving as the coalition's honorary chairman is former state Sen. John Vasconcellos, the San Jose Democrat who carried legislation creating a framework for patients to obtain medical marijuana after state voters approved its use for the sick 15 years ago.

Wearing a "Democracy is not a Spectator Sport" tie, the 79-year-old retired lawmaker -- who uses marijuana under a doctor's advice for conditions he declined to specify -- called the new city ordinances "inane" and said "it's time for the people of San Jose to stand up."

The campaign Wednesday was awaiting word from the city clerk that the pot ordinances had been officially entered into the books so they could start collecting signatures.

City Clerk Dennis Hawkins said he expected that to occur in the next few days. Once that happens, activists will have 30 days to gather 30,050 valid signatures -- 8 percent of the city's registered voters -- needed to qualify a referendum that would repeal the ordinances.

But the activists were confident they'd be able to meet the challenge, citing similar successes this year in Butte, Lake and Kern counties and the city of San Diego. Dave Hodges, founder of San Jose's All American Cannabis Collective, with 2,500 member patients, said the clubs have united behind the referendum effort and expect to raise $200,000 toward paying professional signature gatherers to ensure success.

If they submit enough valid signatures, the City Council would be required to either put the referendum on the ballot or repeal the ordinance to avoid the cost of an election. Putting a referendum on the next regularly scheduled municipal election could cost $1 million or more and the bill for a special election could hit $3.4 million, Hawkins said.

In Butte County, after activists in June submitted the required number of signatures, officials decided to allow a referendum to be put on the ballot next June. Butte County supervisors had limited the amount of marijuana that can be grown per acre and specified where pot clubs can locate.

In San Diego, the City Council in July voted to repeal ordinances that would have imposed zoning and operational limits on pot clubs after activists mounted a successful signature drive. The activists, who had complained that the laws would force them to close, turned in more than 44,000 signatures, easily satisfying the 31,000-signature requirement for that city.

Activists in Kern County also turned in enough signatures this month -- more than 26,000 -- to qualify a referendum on an ordinance banning storefront medical marijuana sales. But county officials have yet to decide whether to suspend the ordinance or put the referendum on the ballot.

Lake County officials are still counting signatures turned in two weeks ago to force a referendum on whether to repeal a ban on pot dispensaries.

When voters passed Proposition 215 in 1996, California became the first of more than a dozen states to allow marijuana for medical needs. But the drug remains illegal under federal law, a vexing conflict for state and local officials.

The federal government's expressed tolerance under President Obama for medical marijuana in states that allow it has emboldened activists and spawned a host of new pot stores operating openly in defiance of local laws and neighbors who say that the clubs are a nuisance.

Two years ago, San Jose -- which hadn't had a pot club since the late 1990s -- began considering laws to regulate and tax a limited number of clubs at the urging of Councilman Pierluigi Oliverio. He cited concerns that the city would soon be overwhelmed with unregulated marijuana stores. As many as 140 are operating in the city today.

City voters last November overwhelmingly approved an Oliverio-sponsored measure to tax marijuana businesses, and the city has since raised $1.6 million from the 7-percent levy that took effect in March. The number of clubs that have paid the tax in the months since has ranged from 64 to 79.

Oliverio, among the most supportive of the clubs on the council, voted in favor of the approved regulations as a matter of political practicality, noting that they are similar to his original proposal and will probably be amended later anyway.

Asked about the referendum drive, Oliverio said that "until they have the valid signatures, the city doesn't have to do anything." If they succeed, he said, the city should work with the collectives to hash out ordinances they can live with.

Of the three council members who voted against the new pot laws, Ash Kalra and Don Rocha favored looser regulations while Xavier Campos leaned toward a ban. But several others who ultimately voted for the regulations had previously indicated they would support a ban, and Mayor Chuck Reed has repeatedly threatened to pursue one if the pot clubs won't accept the city's regulations.

Reed suggested Wednesday the city would take its case to the voters.

"A certain number of people believe no regulation is best because they like the way it is," Reed said. "I don't think the people of San Jose want the Wild West frontier when it comes to medical marijuana." 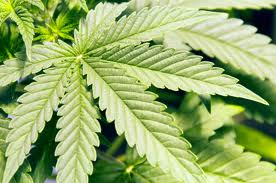 It is totally not workable. Every aspect of the ordinance is bad. It is a BAN. These politicians should be held accoutable for their recklessness. What a waste of time and money.
Common Sense Is Not All That Common:cool027: