Yet, the NBA continues to prohibit its players from using marijuana.


“I don’t see the need for any changes right now. I mean, it’s legal in certain states. But as you know, our players are constantly travelling, and it might be a bit of a trap to say we’re going to legalize it in these states, but no, it’s illegal in other states. And then players get in a position where they’re travelling with marijuana, and we’re obviously getting into trouble.”
​
This is far too paternalistic for my taste.

There’s already a mechanism for regulating marijuana possession across state lines – the legal system. The NBA shouldn’t enact extra-judicial punishments for this. For the players who’d use marijuana responsibly and legally, let them. (They probably already do, anyway.)

The players’ union, which approved the Collective Bargaining Agreement that sets the league’s marijuana policy, had a hand in getting to this point. But whomever the culprits, the NBA is behind the rapidly changing attitude on this. 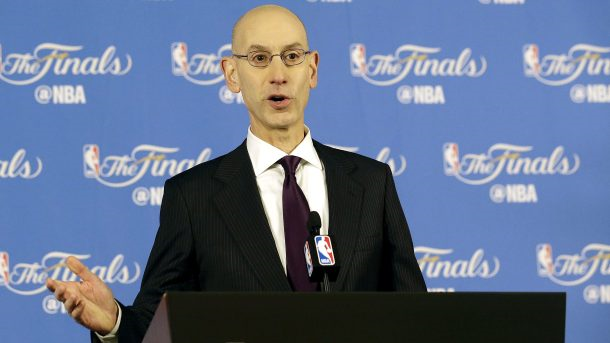 Gee, way to overstate the obvious. There's nothing like an answer that says absolutely nothing important.