Retail marijuana stores and grow operations could begin opening in unincorporated Adams County next year after the Board of County Commissioners decided to let a 16-month ban on recreational marijuana expire Dec. 31.

The board enacted the ban in August 2013 and then chose not to extend it after voters passed a 3-percent sales tax increase on all retail marijuana operations in the entire county.

"Before the election, we were going to go ahead and expand the moratorium through July," said Adams County Commissioner Eva Henry. "When we originally thought about doing that, our tax hadn't passed."

She said she pulled the ban extension question off the board's Nov. 6 agenda after the tax passed because the issue no longer seemed contentious with voters.

Commissioner Chaz Tedesco agreed to let the ban expire so the county could get the ball rolling on opening retail stores in unincorporated areas before the tax increase goes into effect in July.

"The vote to extend the moratorium really hinged on whether or not the taxing issue passed," he said. "Now that taxing issue has passed, we have to move because there's going to be some question on why we have a tax if we're not doing anything."

Recreational stores located north of Colfax Avenue in Aurora and all retail stores in Northglenn will be subject to the tax increase, in addition to any stores that open in unincorporated parts of the county after Jan. 1. The tax is projected to generate $1.2 million to the county in the first full year.

City Councils in Northglenn and Aurora have approved resolutions opposing the county tax based on the fact that Adams County is not already regulating marijuana operations in unincorporated areas.

Now that the ban is ending, the county is working to establish those regulations. Recommendations for store locations and setbacks will be presented to the commissioners at a public hearing Dec. 16.

Abel Montoya, Adams County planning and development director, said staff will recommend a cap of 10 marijuana establishments in unincorporated parts of the county through 2015. That breaks down to three retail stores, three grow facilities, three infused product manufacturing facilities and one testing facility.

"We believe this cap will allow us to efficiently and effectively regulate the marijuana industry in unincorporated Adams County," Montoya said. "We have had several inquiries regarding interest in operating marijuana establishments in the county – at least 25 potential operators attended an industry open house in November."

Other proposed guidelines include a 1,000-foot store setback from schools, daycare centers, playgrounds, and public housing facilities, and a 50-foot boundary from residential property. Manufacturing facilities for marijuana-infused products will be recommended to stay 1,500 feet away from of any residential area.

There is also a suggested store setback of 100 feet from churches, youth centers, alcohol or drug rehabilitation facilities, group homes for the developmentally disabled, halfway houses or correctional facilities, and a 750 foot area between marijuana stores themselves.

Adams County currently has a ban on all medical marijuana establishments, which has been in place since December 2010. There is no sunset date on that ban, so the board would need to call it up to reverse it. Tedesco said he doesn't think that will happen before the board is extended to five members Jan. 13. That board could vote to re-impose the ban on marijuana facilities.

Tedesco added: "If we're going into this retail regulatory type position in Adams County, I think it's fair to everybody to give it a chance to see how it's affecting the county and to not throw everything out there all at once." 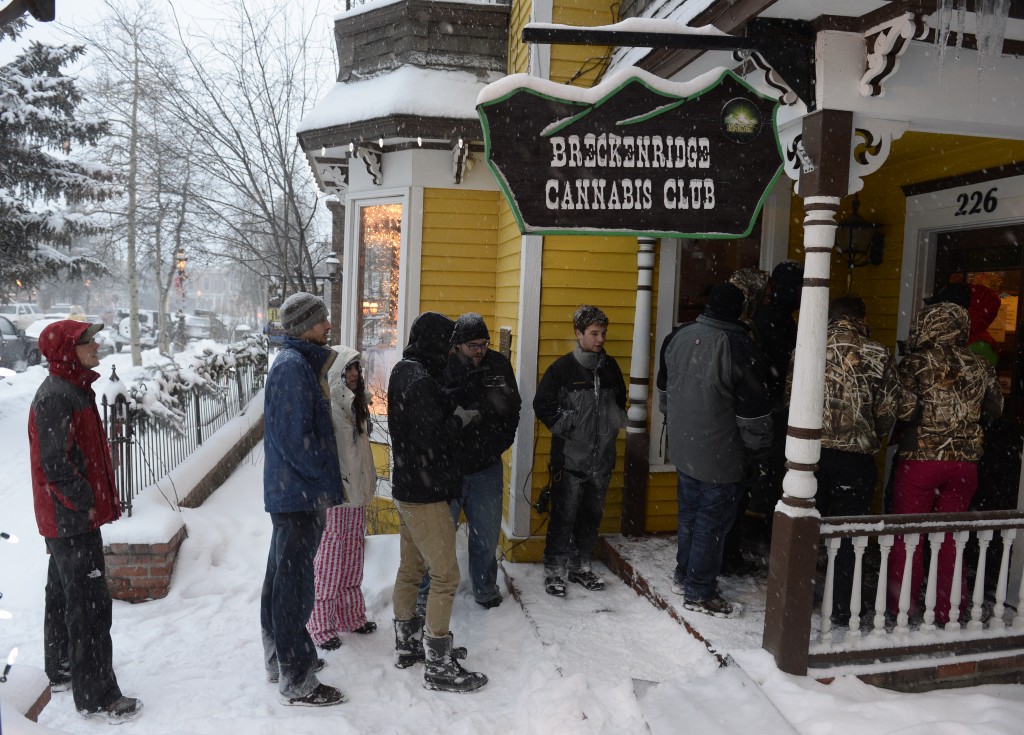