Medical marijuana advocates in Maine are promoting new legislation that would deregulate the state's program further by allowing doctors to certify patients for any medical conditions.

"We really feel like it's the doctor's right to certify patients without restriction," said Paul McCarrier, legislative liaison for Medical Marijuana Caregivers of Maine.

Rep. Mark Dion, D-Portland, a strong supporter of Maine's medical marijuana program, said he will sponsor the bill in the upcoming legislative session.

"We don't tell doctors what they can and can't do for any other type of medication. Why should we for medical marijuana?" Dion said.

The last three conditions were added as part of a 2009 law that also created the state's dispensary program and allowed certified caregivers to grow marijuana for up to five patients.

Although Maine's expanded medical marijuana program still is evolving, experts say the number of patients who have been certified has grown tremendously since the 2009 law went into effort. However, patients also no longer have to register with the state, which means there's no way to know exactly how many people are using it, how many doctors are certifying patients for it, or whether the number of users is growing.

Further deregulation could lead Maine toward a lax model similar to California's, which has generated criticism and increased scrutiny by the U.S. Department of Justice. Marijuana is still illegal under federal law.

The Maine Medical Association, a lobbying organization that represents physicians, is likely to oppose the bill.

"The conditions are quite liberal now," said Gordon Smith, the group's director. "If you allow any physician to write certificates for any reason, some are going to take that too far. We don't want to allow the program to become a front for recreational use."

Smith said if the state wants to continue adding conditions, it might as well legalize the drug.

Rep. Diane Russell, D-Portland, already has announced that she intends to submit a legalization bill for consideration during the 126th Legislature. Russell submitted a similar bill last year in Maine, but it failed to generate much support in the House. Last month, she said she plans to bring the issue up again, hoping that the shift in policies across the nation could spur lawmakers who voted against her last year to come around.

Two states, Colorado and Washington, legalized marijuana through voter referendums last month, becoming the first states to do so.

The bill pushed by the Medical Marijuana Caregivers of Maine might represent the step between current law and outright legalization, although McCarrier and Dion don't necessarily see it that way.

"I think legalizing marijuana is premature until the feds resolve the issue," Dion said.

McCarrier said legalizing marijuana for recreational use should not be equated with medical marijuana use.

The U.S. Department of Justice has largely looked the other way in the growing number of states with medical marijuana programs. Massachusetts voters last months approved a law creating a program similar to Maine's.

However, some states, such as California, have seen medical marijuana dispensaries shut down by the federal government.

Dion, McCarrier and others plan to release additional details about their proposed legislation at an event Monday in Falmouth at the practice of Dr. Dustin Sulak, a leading advocate for medical marijuana, who has said he has certified thousands of patients. The bill also has the support of the American Civil Liberties Union of Maine.

It's still early to predict what kind of support the proposed bill might have, although medical marijuana legislation in the past has drawn support from both libertarian-leaning Republicans and liberal Democrats.

Medical marijuana has been legal in Maine since 1999, when more than 60 percent of voters approved a statewide citizens' initiative. The goal was to allow patients with certain debilitating conditions to grow and possess a small amount of marijuana for therapeutic use. In 2009, Maine voters overwhelmingly approved an expansion of the original law to create dispensaries, allow certified caregivers to grow marijuana for other patients and add more allowable conditions.

Advocates often have said that more conditions should be allowed, specifically anxiety disorders and post-traumatic stress disorder. The 2009 law was supposed to allow for the creation of a board made up of medical professionals that would periodically look at adding conditions.

That board was never formed. 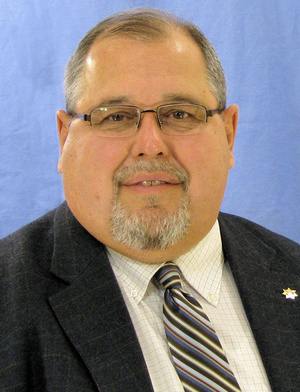