Frankfort - One of the chief supporters of medical marijuana in Kentucky says the legislation authored by the House speaker is doomed in its current form even if it somehow passes the legislature.

Jaime Montalvo, founder of Kentuckians for Medicinal Marijuana, said House Bill 3, filed by Speaker Greg Stumbo, D-Prestonsburg, will attract the involvement of the federal government - as is - and be rendered useless, like the much-heralded law that passed last year to allow cannabis oil be used to treat seizures particularly for children.

"We really want something to move forward," Montalvo said, "and we as an organization are trying to prevent it from becoming what the oil bill became, which basically no patients have been able to benefit from the oil bill (because of) the way it was written. The hospitals won't dispense a Schedule 1 drug."

"I want a tight bill," Stumbo said. "I don't want anybody to believe that this is a step toward recreational marijuana, which I'm violently opposed to ... but I do believe that there is some worth to having this issue debated."

The medical marijuana bill might pass its first legislative hurdle on Thursday when the House Health and Welfare Committee will hear Stumbo's bill.

Chairman Tom Burch, D-Buechel, said he plans to hold a hearing then and also doubts it would attract intervention by federal authorities.

"They're kind of winking at all these bills now that (are) coming through," Burch said.

Legislators returned to Frankfort Tuesday after a three-week recess to begin the bulk of their work in this year's 30-day session.

Even if it does advance Thursday with the sponsorship of the House's top Democrat – or if it's revised, the bill still faces an uphill battle. Many legislators' outright opposition to the issue has softened but not so much that it's likely to get majority support in either chamber.

Burch's committee approved a similar bill last year, but the full House never voted on the measure, which was sent to the Judiciary Committee where it died.

In the Senate, President Robert Stivers, R-Manchester, says he wants proof that marijuana carries the benefits its supporters say it does. A Senate bill sponsored by Louisville Democrat Perry Clark and supported by Montalvo's group is unlikely to advance. Also, the head of the Kentucky Baptist Convention is against the concept.

Stumbo has said previously that he's sees the need for medical marijuana but that the bill may not pass this year – even with his support.

While marijuana remains illegal under federal law, the U.S. Justice Department has issued guidelines under which it wouldn't interfere with state marijuana laws – if certain requirements, including having regulatory structure, preventing sales to minors and preventing marijuana from getting to gangs – are met.

Almost two dozen states have laws allowing medical marijuana, not including the District of Columbia. Although Kentucky isn't one of those, the issue has been supported strongly in previous years' Bluegrass Polls. Four states allow recreational use.

Supporters of medical marijuana say it can help treat maladies such as post-traumatic stress disorder, glaucoma, seizures and rheumatoid arthritis. Montalvo would like to use it to help deal with his multiple sclerosis.

Critics of medical marijuana say generally that medical use is not supported by scientific evidence and ultimately leads to recreational abuse and illegal trafficking under the guise of medicine.

Stumbo's bill would create a medical marijuana program in Kentucky that would be operated by the Department for Public Health. Patients would have to be diagnosed by a doctor and carry a program identification card. It also requires patients under 18 to receive marijuana with a low-THC content, protects physicians from marijuana-program prosecution, prohibits operating motor vehicles under the influence.

The feds have "allowed it in other states which don't have near that type of oversight," Stumbo said. "... Why would they pick on Kentucky."

Among the problems supporters of the issue see say they see with Stumbo's bill are: no mention of who produces the marijuana, requiring the state to operate the marijuana program rather than just administer it and requiring prescriptions that doctors can't give for marijuana.

"There's no access to it," Montalvo said. "Nobody can actually grow it."

Logistical and legal issues have meant the marijuana oil program never got off the ground despite last year's unanimous approval by the legislature. Doctors and researchers have say it could take years to begin trials treating epileptic children with marijuana oil because of the limited availability of marijuana oil, the possible need for approval from the Food and Drug Administration and the cost of studies that preliminary estimates say could be $10,000 per participant. 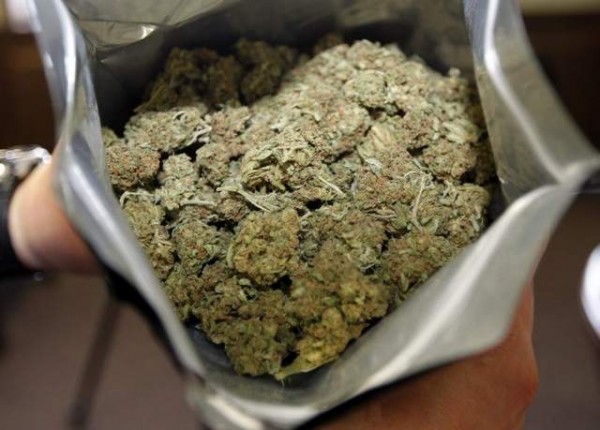