Advocates Want Medical Marijuana In Florida, But Not Like California

Oakland, Calif. - Brightly lit and bustling, Harborside Health Center serves as something of a model for the medical marijuana industry - even as California's freewheeling approach to cannabis is seen as an example of how not to do things.

As dozens of customers at Harborside pick their products, chatty budtenders talk knowledgeably about the selection, which includes cannabis for smoking, eating and vaporizing.

Business is booming: Between this store in Oakland and another location in San Jose, Harborside's sales total $35 million a year. Sales are so strong that Harborside offers free yoga, tai chi and acupuncture to its customers, who must have a doctor's permission to enter the store.

"California is really the example of how not to do medical marijuana," said Ben Pollara, campaign manager at United for Care, the group pushing Amendment 2. "The entire medical marijuana system is one big gray area, where people are pretty much making up the rules as they go along. Opening a pot shop is about as difficult as opening a coffee shop."

But Pollara sees a silver lining in California's unusual system, which is so unregulated that no one in the state even knows how many dispensaries operate: It's working well despite the lack of rules.

"California being a mess isn't that horrible," Pollara said. "It does not affect most people's lives."

"The idea was to create a gold standard, a role model that would bring wider acceptance to the industry," DeAngelo said.

Harborside's motto - "Out of the shadows, into the light" - reflects DeAngelo's aim of bringing weed off the black market.

But in many ways, marijuana remains a marginal business. One obvious sign is the lack of a sign - Harborside's Oakland store is in a gritty commercial area near the freeway, and to find it, you have to know where you're going.

Another sign is the ATM stationed near Harborside's entrance. Because the federal government considers cannabis an illegal drug, and because banks are federally regulated, pot sales are cash-only.

The banking moratorium creates problems for an expanding enterprise. DeAngelo can't take out a mortgage on his stores, his manufacturing facility or his farm.

What's more, DeAngelo has been battling the IRS over its tax treatment of marijuana dispensaries. Because he's selling an illegal drug, the IRS doesn't allow Harborside to write off such costs as rent, utilities and employee wages (although, strangely, he can deduct the cost of the cannabis he sells against taxable income).

"If we paid them what they think we owe them, we wouldn't be in business," DeAngelo said.

Harborside had a hearing on the matter this year in federal tax court and awaits a ruling.

And there's this: Under federal law, DeAngelo is a narcotics kingpin.

"I myself am eligible for several federal death sentences," DeAngelo deadpanned.

More than 20 states have legalized medical marijuana in recent years, and Colorado and Washington allow sales of weed for recreational use. For Florida voters weighing their decision on Amendment 2, California seems the most logical place to seek insight.

But California's freewheeling weed industry is nothing like the tightly regulated market that exists in Colorado and is proposed for Florida. California isn't even certain how many dispensaries exist in the state.

"Florida will never be like California," said Dale Sky Jones, a cannabis activist who runs Oaksterdam University, an Oakland school that teaches students how to grow pot. "We have a 20-plus-year-old industry that we are trying to regulate. This is the Wild West, and we've been herding the cats."

California dispensaries act as co-ops that sell homegrown cannabis. Harborside says it tests every crop, but the model is far from the strict rules that seem likely in Florida. The state this year began allowing the sale of so-called non-euphoric cannabis for children who suffer seizures, and that crop can be grown at only a handful of long-established nurseries.

Another distinction lies in who's eligible for medical marijuana. In California, just about anyone who wants a doctor's permission can get it.

In Florida, only those with serious illnesses would be eligible. Sky Jones says Floridians would have to be "either dying or dead" to qualify for medical marijuana under Amendment 2.

Conclusions about California's legalization of medical marijuana vary widely. The state has reaped tens of millions of dollars in tax revenue from pot sales, says Dale Gieringer, director of the California chapter of the National Organization for Reform of Marijuana Laws.

"We see no increases in drug abuse. In fact, that's declined. We see no increase in traffic deaths," Gieringer said. "Every prediction of our opponents have proven untrue. We think it's a pretty big success."

At Harborside Health Center in Oakland, DeAngelo dismisses the talk of cannabis-related crime as a "myth." He notes that the city of Oakland sided with Harborside in a federal attempt to close down the dispensary, and DeAngelo describes his pot shop as a responsible citizen.

"We reduced the crime rate in our immediate area by more than 35 percent," DeAngelo said. 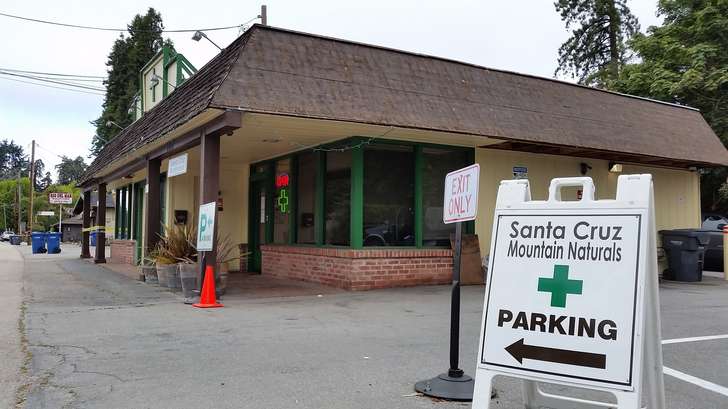 K
Advocates Want Medical Marijuana In Florida, But Not Like California