Back on the campaign trail, Bill Schuette made it clear that he was no fan of Michigan's medical marijuana law. Now that he's the state's attorney general, Schuette is making it clear he'd like to change the way the law is enforced.

"It's the wild, wild west," Schuette said Wednesday on WJR-AM 760. "Michigan ought to be a place where we're building jobs not pot shops. We ought to make sure that the law that was approved, that was narrowly designed for those who have a chronic illness or a severe disease, is not exploited by those who want to line their pockets."

Of course, advocates are quick to point out Michigan's medical marijuana law, widely approved by voters in 2008, has created created jobs, both at clinics and for hydroponic equipment manufacturers who have tapped a new segment of the economy.

Earlier this week, Schuette issued a brief in support of the City of Livonia, which is attempting to dismiss an ACLU-backed challenge to its new ordinance that prohibits any activity violating federal law, including medical marijuana.

The lawsuit, filed on behalf of a 61-year-old Birmingham woman with multiple sclerosis whose husband would like to grow medical marijuana in a building he owns in Livonia, contends the ordinance violates Michigan's Medical Marijuana Act, which was widely supported by voters in 2008.

In his brief, Schuette suggested that local communities "should not be forced to sanction criminal activity," and he issued a separate adivsory opinion on Tuesday indicating the prosecutors could bring criminal charges against caregivers who grow more than 12 plants in a single, secure facility.

"I intervened on behalf of the City of Livonia to permit them to excercise their right to zone and issued an attorney general opinion that the letter of the law that was approved says 12 plants and no more than 12 plants," Schuette told WJR host Frank Beckmann. "My job is to enforce the law."

As the Detroit Free Press pointed out, Michigan law actually allows registered caregivers to grow up to 12 plants each for up to five patients. But according to Schuette, caregivers would have to maintain separate, locked facilities for each patient.

State lawmakers this week also introduced legislation intended to clarify the Michigan law, in part, by restricting the location of marijuana dispensaries. Schuette, who is backing the legislation, said Wednesday that because Michigan's law does not reference marijuana clinics, he considers them illegal under federal law.

"In Livonia and others, the underpinning of those zones banning pot shops and these dispensaries -- law enforcement calls them drug houses -- the foundation for that is federal law that prohibits the sale and distrubution of marijuana as a class one drug."

Schuette is clearly taking a hard line on medical marijuana, diving into the debate rather than wade into the morass. As he points out, his job is to enforce the law. The question is whether his interpretation of the law reflects the will of the people who approved it. 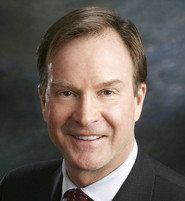 Medical Pot Law Would be Workable if People Weren't Harassed