HELENA -- It would be "unprecedented and unwarranted" if a Helena district judge temporarily prevents the new, more restrictive medical marijuana law from taking full effect July 1, the Attorney General's Office has said.

If District Judge James Reynolds temporarily halts implementation of the full law, the state acknowledged that Montana law would revert to what it was before parts of the new law took effect May 13, a memorandum filed Thursday said.

If that occurs, "the commercial marijuana industry and all the problems associated with it would continue to exist in this state," according to the legal document from Attorney General Steve Bullock, Chief of Consumer Protection Jim Molloy and Assistant Attorneys General Mark Mattioli and Stuart Segrest.

The new law, Senate Bill 423, repeals the current medical marijuana law, which Montana voters passed as an initiative in 2004. It imposes tougher restrictions such as banning commercial sales of medical pot and allowing a provider (the new name for "caregiver") to provide medical marijuana to only three patients each and at no charge.

The question of what happens if the judge temporarily voids part or all of the new law may not just be hypothetical.

At a hearing this week, Reynolds strongly signaled he was considering striking down parts of the law -- if not the whole statute -- on a temporary basis before it takes effect July 1.

The memo from the Attorney General's Office was in response to one filed during a hearing this week by the attorneys for the Montana Cannabis Industry Association and other plaintiffs.

The plaintiffs said that if the court finds SB423 unconstitutional, it has the authority to enjoin implementation of the entire law.

"Once the court enjoins the implementation of SB423, preliminarily declaring it to be unconstitutional, the result is that SB423 should be treated as if it never existed and the old MMA (Medical Marijuana Act) was never repealed," Bozeman attorneys James Goetz, J. Devlan Geddes and Jim Barr Coleman wrote.

In response, the Attorney General's Office said parts of SB423 are "clearly severable," which means a judge can strike them down and the rest of the act remains law.

"The act would remain valid and functional even if the court were to temporarily enjoin certain provisions," the Attorney General's Office said.

As its attorneys said in court, the Attorney General's Office is willing to concede that certain provisions "that are troubling to the court may be enjoined pending final adjudication of the issues." The sections are:

-- Requiring the state Board of Medical Examiners to conduct a review whenever a Montana physician has recommended medical marijuana for 25 or more patients in any 12-month-period.

Reynolds expressed concern over a new provision that bans the commercial sale of medical marijuana and replaces it with a system in which a provider must supply medical pot to a patient for free.

The state maintained that it believes this ban on sales of marijuana, which is an illegal product under federal and state law, is "rationally related to legitimate governmental interests and is, therefore, constitutional."

However, if Reynolds enjoins this section, other provisions of the law would remain in place, and subject to enforcement, the Attorney General's Office said. These include the three-patient per provider limit and the ban on marijuana growing cooperatives.

Reynolds said in court he will try to have an order, if not a full opinion, by Thursday, June 30. 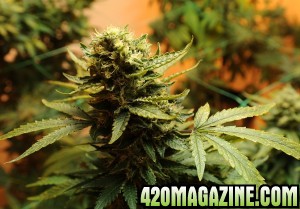 Eventually all things merge into one. And a river runs through it.

Getting Old Ain't For Pussies!

Life is not measured by the number of breaths you take,

but by the moments that take your breath away