The final straw was a cease-and-desist order from state regulators, and the passing of the club's founder, just days apart.

The closure comes while the state is still considering rules about where it's legal to consume cannabis beyond private property.

On a recent weekday afternoon, inside a sprawling, dim room with high ceilings in a downtown building, a few guys are hauling away furniture.

Couches, comfy chairs, stools: pieces of the club are being cleared out.

"It's still very surreal," said Martin Christensen, who's been volunteering at Pot Luck since it opened in early 2015, just months after Alaskans voted in favor of legalizing commercial cannabis.

Now, Christensen is dismantling a space he helped create.

"To come in and start pulling pictures off the wall ... it's like moving out of your ex's house: there's so many memories attached to everything, you want to fight over the popcorn bowl," Christensen said with a slight chuckle.

The venue transformed over the past two years.

Initially, a small group of friends imagined it as a special events space that would be cannabis friendly, and paid for through membership dues. In between events, members were allowed to come in, socialize and consume cannabis.

Companies promoted product and connected with other businesses. There were even job fairs.

Lee Haywood calls himself a "cannabis emissary," and has worked closely with Potluck's owners guiding the enterprise toward a more community-oriented approach.

"It was a place to normalize what cannabis was in Alaska," Haywood said.

when the door was opened to recreational pot, he thinks having places to socialize is an instrumental piece of bringing the new industry forward into maturity.

The club built a devoted community in Anchorage, and its total membership was somewhere between 8,000 and 9,000 people, according to Haywood.

It's relationship with city and state officials was complicated, but not entirely negative.

Multiple law-makers have visited the business, with some commenting publicly in the past that it wasn't what they were expecting.

Haywood, whose background is in the military and law enforcement, came into cannabis through the medical route while employed by the state.

He see's work to be done putting officials into dialogue with cannabis users and the fledgling industry and tried to do that by putting Pot Luck's operations out in the open.

But that's ultimately not what happened.

The beginning of the end for Pot Luck was in mid-April, not long before a large "4-20" celebration was planned.

In Haywood's account, licensed cannabis companies that were partnered with Pot Luck for the event started reporting that state investigators had gotten in touch to say they viewed participation in the event as legally dubious.

For growers or retailers that could bring serious problems.

Pot Luck got in touch with Alaska's Alcohol and Marijuana Control Office, and what followed soon after was a very firm letter on April 19, saying the club was illegal and needed to cease operating.

"It was overwhelming at that point," Haywood said. The celebration was the business's biggest day of the year.

"The day before the event we get a letter, we read over it and are like 'OK, what do we do now?' I got sound-check today!'" Haywood said. He, Christensen and a small group of others were unsure of what to do.

Compounding this, the club's founder and owner, Theresa Collins, was toward the end of a battle with cancer.

"We found out that the doctor had mentioned that Theresa probably wasn't going to make it through the night," Hawyood said.

With all of this going on, Pot Luck changed its plan. They turned the April 20 event into a celebration of life for Collins.

"She stayed with us through the 20th and she passed the morning of the 21st," Haywood said.

The club struggled to make money, and according to Haywood, Collins was the sole remaining owner by the end.

Haywood does not have the resources for a prolonged challenge to the state in court and is not interested in a fight over the competing legal claims.

The Alcohol and Marijuana Control Office's argument against Pot Luck's legality has two major claims:
-The first is a decision by the state's attorney general in 2016 ruling that pot clubs violate a ban on public consumption. Membership or entry fees do not make them tantamount to the same standard that protects private property.
-The second issue is that when voters opted for Ballot Measure 2 there were only four kinds of commercial permits they approved. Marijuana social clubs and special events venues were not on that menu.

"It did not create a license type for a social consumption location (like) a club," AMCO director Erika McConnell said. "There is no mechanism for the Marijuana Control Board to issue a license for a business model such as Pot Luck Events."

McConnell's letter in April ends with a mention that AMCO had worked with the Anchorage Police Department on an enforcement plan.

McConnell declined to elaborate, saying she does not comment on enforcement.

The unfortunate timing in the sequence of events was coincidental.

McConnell said the state's timeline responding to Pot Luck was dictated by resources.

Her letter also includes a note of hope that the business will redirect it's efforts toward "lawful operations."

That is Haywood's goal, too.

"If it was going to end and we have to restructure what this looks like, now is the time to do that," Haywood said. "This is not a surrender for us, this is a retreat for a moment, to regroup and work with our lawmakers, work with the city, work with the state, and see if we can develop an on-site consumption plan that works."

The state's Marijuana Control Board is taking up three proposals dealing with on-site consumption at meetings in July. 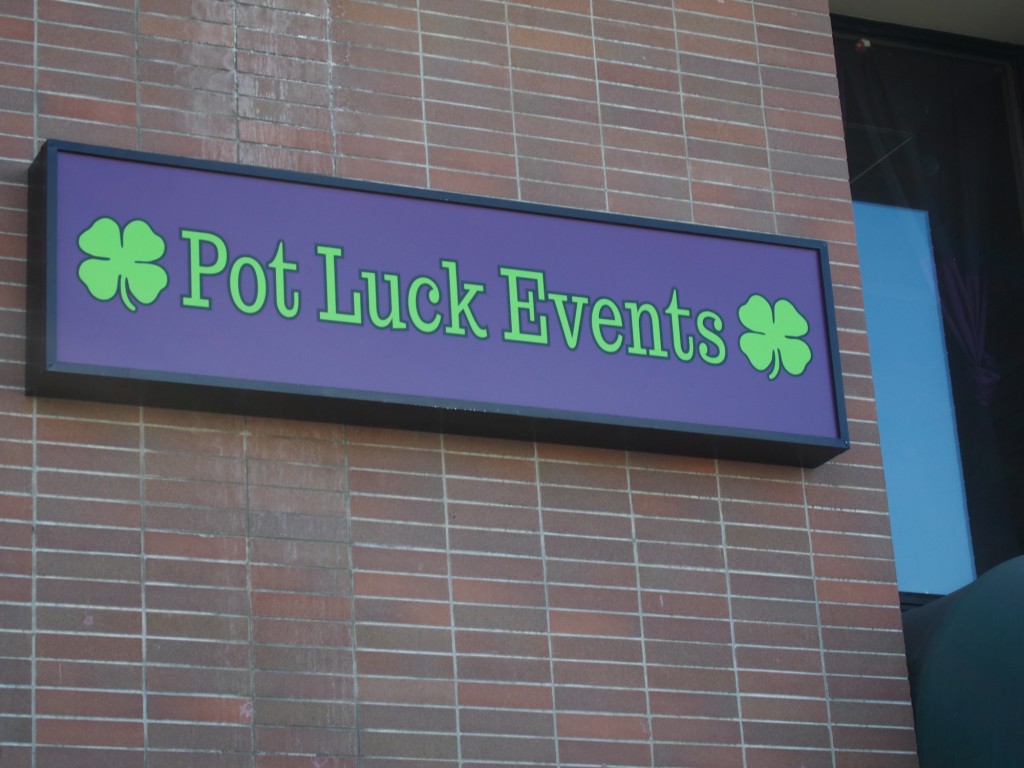