Fairbanks - New government proposals are being made to curb the evolving cannabis industry in the Fairbanks North Star Borough.

An estimated 50 or so marijuana businesses are planned in the borough, which has gained a reputation as a hub of marijuana activity in Alaska since passage of a 2014 statewide ballot measure legalizing pot.

For entrepreneurs, who are making investments and dealing with a multitude of state regulations, the new criticism on the local level has been worrisome.

"Anybody who has already filed for permits or licensing, they have already invested in this," said Nathan Davis, who owns Green Thumb Garden Center and plans to open a cannabis store and cafe on 30th Avenue.

"Many of us have crossed over a line where we are beyond the point of return," he said. "There is nothing we can do but wait for it all to pan out."

A city of Fairbanks ballot measure aimed at asking voters to outlaw commercial marijuana has been postponed to the 2017 election, according to the main sponsor.

It's one of three signature-gathering campaigns that have started, covering all of the borough, to stop the marijuana industry through separate citizen initiatives.

Vivian Stiver, a former councilwoman sponsoring the city of Fairbanks effort, said heavy rains doused signature-gathering efforts. An estimated 349 people have signed the petition to put the question on the city ballot, she said.

City Clerk Danyielle Snider said 519 valid signatures from registered city voters are needed this week to get a question on the Oct. 4 city ballot.

Petition supporters have more time if they want to pose the question in 2017.

"I am confident we will be able to get the question on next year's ballot," Stiver wrote in a text message.

A petition in North Pole is four valid signatures away from certification to get a question on the 2016 ballot there, City Clerk Kathy Weber said Wednesday.

Ninety-six signatures were turned in. Seventy-one were found to be valid. Seventy-five are needed, and supporters have until July 27 to submit four valid signatures, Weber said.

A petition circulating in the unincorporated area of the borough also failed to get the required number of signatures in time for the Oct. 4 election.

That effort, by the group Drug-Free Fairbanks, is now aiming for 2017.

A measure prohibiting cannabis cafes comes before the assembly for discussion in committee tonight. A public hearing and vote are scheduled for July 28.

The on-site consumption ban is meant to keep stoned drivers off the roads, according to the measure's sponsors, Assemblywoman Diane Hutchison and Assemblyman Guy Sattley.

"I don't have a problem with the retail sale," Sattley said. "I don't want them on the road."

The state Marijuana Control Board approved consumption venues as an add-on to retail licenses late last year. The Borough Assembly had established zoning rules for the industry by then.

Sattley said the zoning rubric for the industry might look different if the assembly had known that retail stores had the option to open cannabis lounges.

It's still not clear whether the ban on consumption venues would apply in the unincorporated borough or boroughwide. A bill awaiting the signature of Gov. Bill Walker will clear up that question.

Quist approached Hutchison and Sattley about cosponsoring a measure that would ban alcohol consumption venues, he said.

"They wouldn't even consider it."

Assemblyman Lance Roberts is behind a proposal that outlines criteria for how local leaders should judge applications for state licenses.

The Borough Assembly has the option of raising a protest with the state on a marijuana license in keeping with how liquor licenses are handled.

Roberts said he took the criteria outlined in borough code for liquor licenses and is proposing to use it for marijuana businesses.

The assembly will discuss the criteria today, and a vote is scheduled for July 28.

The proposed grounds for protesting a marijuana license include public health and safety concerns and the character and public interests of the surrounding neighborhood.

The Planning Commission is urging borough leaders to adopt stricter land use requirements for the marijuana industry.

The panel is proposing the municipality require more conditional use permits, which warrant letters to neighbors, a public hearing and a vote of approval.

The panel discussed the issue at its July 6 meeting at the request of Commissioner Charlie Whitaker.

"It's the neighborhoods that I am trying to protect," he said. "To me, they need a voice."

Marijuana businesses are not allowed in residential zones but many housing areas have zoning that is other than residential.

The commission voted unanimously to ask the mayor to reconsider land use permits in two zones, rural agricultural and rural farmstead zones, to require conditional use permits for cultivation operations.

Currently, pot businesses can open in some zones in the borough with no public hearing and no neighborhood notification requirements.

The Fairbanks borough reportedly has some of the most industry-friendly land use rules in the state.

In Anchorage, marijuana establishments need a municipal license and a municipal special land use permit, both issued by the assembly, said Erika McConnell of the Office of Economic and Community Development.

A local marijuana license is also required in the city and borough of Juneau.

A moratorium has been called on marijuana permits in the Matanuska-

Susitna Borough with a pending ban on businesses going before the voters on Oct. 4.

The Kenai Peninsula Borough has some land use requirements, but no land-use permit is needed to open a marijuana business in the unincorporated borough, according to the deputy municipal clerk.

Quist, the marijuana industry proponent, said he thinks neighborhoods ought to reconsider their zone if they don't like businesses moving in.

"We've got a lot of places that are zoned inappropriately," Quist said. "They should take a look at their zoning. They should talk to their neighbors."

Marijuana entrepreneurs said they have been dealing with unknowns since Alaska voters approved the commercial sale of pot.

"I am not stressing," said Shawn Coyle, who is opening a pot grow, manufacturing facility and store in the railroad industrial yard next to Phillips Field Road. "Hey look, we all jumped in this and decided to go forward."

"Maybe the community is a little rattled," he said. "There is no sense sweating it."

Coyle said he has easily invested $50,000 into his marijuana company, which is opening in a building he owned. He owns another business, Alaska Satellite Sales and Service.

Daniel Peters said he is betting his life savings on his marijuana business, which he is opening near the corner of Peger and Davis roads.

"We are just moving forward as best we can," he said. "It's just another hurdle."

Peters, a contractor, said he will easily have spent $100,000 by the time he opens for business.

He is holding off on purchasing some equipment but is moving forward with remodeling the space, which he rented.

"To me, it just feels like the prohibitionists - this is their last-ditch effort," he said.

Davis, the garden center owner with plans to sell marijuana, said outlawing commercial marijuana in Fairbanks would be "catastrophic" to many people financially.

He declined to disclose how much he has invested.

"Anyone who has been here from the beginning, this is not a sprint race," he said. "It's been a marathon. I don't intend on stopping." 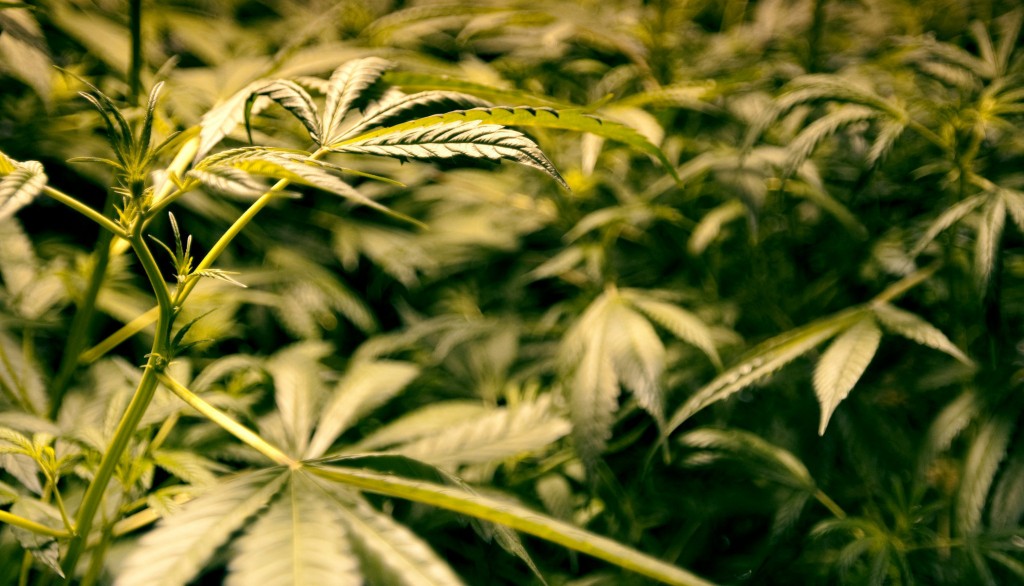