Kenai Peninsula marijuana entrepreneurs want the chance to operate for a year before voters decide whether those outside the cities should be allowed to operate.

A citizen initiative asking voters whether commercial marijuana businesses in the Kenai Peninsula Borough outside the cities should be banned received enough signatures to be valid as of Aug. 15 and was certified by the borough clerk's office on Aug. 22.

Though the initiative missed the deadline to make it onto the Oct. 6 municipal regular election ballot, it will still be on a ballot at some point.

When it goes to a vote is up to the borough assembly.

The assembly could choose to host a special election specifically for the commercial marijuana ban question, which would have to be designated with an ordinance from the assembly, including an introduction, public hearings and a vote. Borough clerk Johni Blankenship estimated in memo to the assembly that a special election would cost the borough approximately $60,000 to run.

The other option is to leave the vote until the October 2017 regular election.

Several marijuana business license holders attended the assembly's Tuesday meeting to urge the members to not ask for a special election, giving the marijuana entrepreneurs another year to operate first.

"This question should appear on the October 2017 ballot, and appropriately so," said Dollynda Phelps, who holds a limited cultivation license in Nikiski and who served on the borough's Marijuana Task Force to develop regulations. "This will cost the borough no additional expense, it will allow the community the opportunity to really see if commercial marijuana businesses cause problems or not, and most importantly, will allow those who have invested in the industry the chance to recoup at least some of their investment."

Phelps said a full year of operation would allow the peninsula's marijuana businesses to show the community how they operate and to potentially recoup some of the money it took to apply for the licenses and outfit facilities to meet the state and borough regulations.

Compounded with the other logistics of starting a business, such as securing a location and meeting fire and safety codes, as well as the state's mandatory security camera recordings and transportation for testing requirements, the cost can run into the hundreds of thousands of dollars.

The assembly did not address the petition in its regular meeting, but Blankenship distributed her memo to the assembly members before the committee meetings earlier in the afternoon.

During the Policies and Procedures Committee meeting, assembly member Blaine Gilman asked the members to inform the attendees at the meeting that night about the procedure for introducing an ordinance asking for a special election, which would allow everyone to offer public comment.

Dr. Keith Hamilton, the primary sponsor of the initiative, said he would prefer the assembly move forward with the vote as soon as possible.

"The voters of the borough, when marijuana was voted in, voted against marijuana borough-wide, and we're asking for the opportunity for the voters to say if they want to opt out," Hamilton said. "We're just bringing that back as soon as we can to borough voters, I believe, before things get going too far down the road."

Kenai Peninsula voters were split on Proposition 2 in 2014, which legalized the production, sale and use of marijuana for those 21 and older.

Overall, the borough did vote against it by a margin of approximately 0.9 percent, but the results varied by region. The central and northern peninsula opposed it, while voters in the more rural eastern and southern peninsula supported it.

The trickier part of sorting out support in the current initiative is that it is not area-wide – only voters living outside the city limits of Homer, Kenai, Seldovia, Seward and Soldotna will be able to vote on it. The voting precincts do not follow city boundaries, so voting eligibility will have to be determined based on address.

If the assembly decides to conduct a special election for the question, Blankenship recommended conducting the vote by mail to avoid some of the confusion. Some of the precinct voting locations would not be open while others would.

Additionally, it would be the fourth election of this cycle, so voters might be worn out on taking time to go vote, she wrote in the memo.

"Having a ballot mailed to the voter would be one less burden and provide for convenience," she wrote. 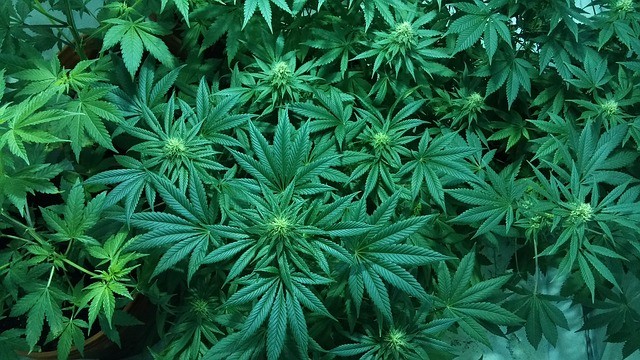 K
AK: Kenai Marijuana Operations In Hands Of The Assembly