Petersburg voters on Tuesday will be deciding whether to allow commercial marijuana sales and importing pot into the borough for sale. Supporters of prohibition don't want the new industry or increased drug use in the borough, while opponents say pot sales should be done out in the open, regulated and taxed.

Petersburg's ballot question follows state law on how such a local option vote should be worded, but the language can be a little confusing.
A yes vote is in support of prohibiting any commercial sales and imports for pot. That would also end any state license manufacturing, growing, testing or retail sales in the borough.

A no vote would keep the status quo, with commercial sales, the industry and imports allowed.

Petersburg's borough assembly initially voted not to put the issue to a vote this fall, but then changed course and agreed to put it on the October ballot in response to a citizen's petition.

Petition supporter Robert "Doc" Lopez urged people to get out and vote. "The residents of this community need to decide for themselves what they want this borough to be like, what do they want the downtown to appear like," Lopez said during a radio call in show in September. "What exposure do they want to the community at this level? But it's their choice and their choice alone."

Petitioners turned in 434 signatures of local residents wanting to put the question on the ballot. That was four times the required number of names needed to force a vote and it's nearly the same number of people who voted against pot legalization in the borough back in 2014. Overall 58 percent of local voters supported legalization.

Following that vote in 2014, Petersburg formed a committee to look at drafting a local law and zoning issues for pot businesses.

Borough assembly member Eric Castro is voting against prohibition and thinks tax revenue could bring in money to the borough. "With the imminent decrease in state and federal funding coming both from timber receipts to local school and all sorts of state funding this is a great opportunity and great potential for funding for this community with benefits for all the folks in the community whether or not they vote on it," Castro said.

The borough is planning to charge an excise tax of 25 dollars an ounce if commercial sales are allowed. In addition, the state tax is 50 dollars an ounce.
Prohibition opponents say illegal sales will continue, regardless of the vote, but want to take some of that market away from unlicensed dealers. Medical pot users also say the vote will end the chance to buy the drug legally. The vote only addresses a commercial industry throughout the Petersburg borough. It does not have any impact on personal use or personal growing, which are both allowed under state law.

Two businesses have applied for licenses in the Petersburg borough but have not yet had those licenses approved by the state's Marijuana Control Board. Gary Morgan has applied for a limited grow license for a business planned about 10 miles south of downtown Petersburg. Morgan said he's slowed down work awaiting the outcome of the October vote. He said it's a risky business to get into right now but expects it could provide a better pot product than the black market.

"I can grow it much cheaper, much safer," Morgan said. "I'll be able to test it. Especially patients that are using it for medical use, will have a clean product, that has no pesticides, no molds." Morgan plans to sell most of the pot he grows outside of Petersburg.

As of late September, the state board had approved licenses for 33 business around the state. In Southeast that includes four in Sitka, three in Juneau, one in Ketchikan and one in Skagway. The Alaska Dispatch News reports that the first retail stores are hoping to open in October.

A number of Alaska towns already have prohibitions or partial bans in place, from Metlakatla and Craig in Southeast to Wasilla, Delta Junction and Unalaska. There are also temporary bans in place in Kodiak and Soldotna. Voters in the Mat-Su borough are also deciding on prohibition this October.

Prohibition supporters here are concerned with increased drug use and the cost to the community for substance abuse counseling, among other concerns. Others have opposed allowing a retail pot store on main street. Grant Trask helped gather signatures to put the issue on the ballot. "When history plays itself out more here in Petersburg and we find even increased drug use and then the repercussions that follow after that, which are public health, personal health, deterioration of quality of life, mental, things that are really important," Trask said, adding. "And this evidence is out there."

If the prohibition vote passes, the state would not issue any licenses in the borough, or 10 miles outside of the borough's boundaries.
October's vote isn't necessarily even the final word on the issue. State law allows a prohibition to be enacted or removed by a local ordinance approved by the borough assembly or voter initiative at a later date.

Absenting voting is available through the borough clerk's office during business hours until noon on Monday, October 3rd. Polls are open at the activity room of the community gym from 8 a.m. to 8 p.m. on Tuesday, October 4th. KFSK will have unofficial results from the election that night. 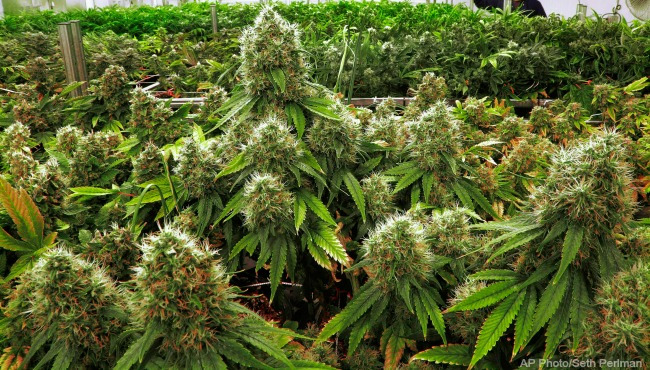