Wasilla - A court order issued Monday has postponed a decision on two identical lawsuits against the Mat-Su Borough regarding a recent marijuana initiative until after the Oct. 4 election.

The borough was served with the first lawsuit on Sept. 6 by local residents Thomas Hannam and Ronda Marcy, and the second on Sept. 9 by Clint and Amy Tuma, all four of whom have expressed interest in starting marijuana businesses in the Mat-Su Valley. Each took issue with the borough's Proposition 1, which would prohibit the sale of marijuana in retail stores, as well as marijuana cultivation, production and testing facilities within the unincorporated areas of the Mat-Su Borough.

Judge David Zwink granted the initial request for expediency to force a response by the borough, but has denied further expedited proceedings.

Since early voting has already begun and voters have already received the borough's official election brochures containing the ballot measure, Zwink said, "Any relief available before October 4, 2016, would be inherently disruptive and prejudicial to the ordinary voting process already in progress."

"These matters require careful deliberation that cannot be rendered on the proposed timeline," he wrote.

Zwink also wrote in the order that the borough has argued that the "injuries anticipated" by the plaintiffs "are speculative in nature and would be rendered moot" if the proposition does not pass.

"I believe we're gonna win the vote," Tuma said, "but if they don't get the election results they want, I truly believe the borough is gonna prohibit us anyway."

Though the lawsuit only began a few weeks ago, Tuma said she's been trying to prove the borough guilty of election fraud since February, when she and her husband first applied for a growing permit. At the time there was apparently some confusion over whether a moratorium on marijuana commercialization was in effect, and Tuma said she was given multiple answers from a few different borough officials before her permit application was received.

When the moratorium did go into effect in May, the borough had already successfully petitioned to get Proposition B-1 on the October 2016 ballot. Tuma says this violates Alaska Statute 29.26.170b, which states, "If the governing body adopts substantially the same measure, the petition is void, and the matter initiated may not be placed before the voters."

Tuma brought this to the borough's attention at the time, but was repeatedly ignored, she said, and chose to sue the borough on the zoning issue as "a last-minute 'Hail Mary' to get the borough to follow the law."

"I'm not trying to keep people from voting; I'm trying to make them do it legally," Tuma said. "There's election law, this is how it has to be done."

Tuma said she and the other plaintiffs in the now consolidated case filed their appeal to the superior court Tuesday afternoon.

"I can't believe if the author of a petition is charged with fraud that the election sponsoring the initiative would be valid," she said. 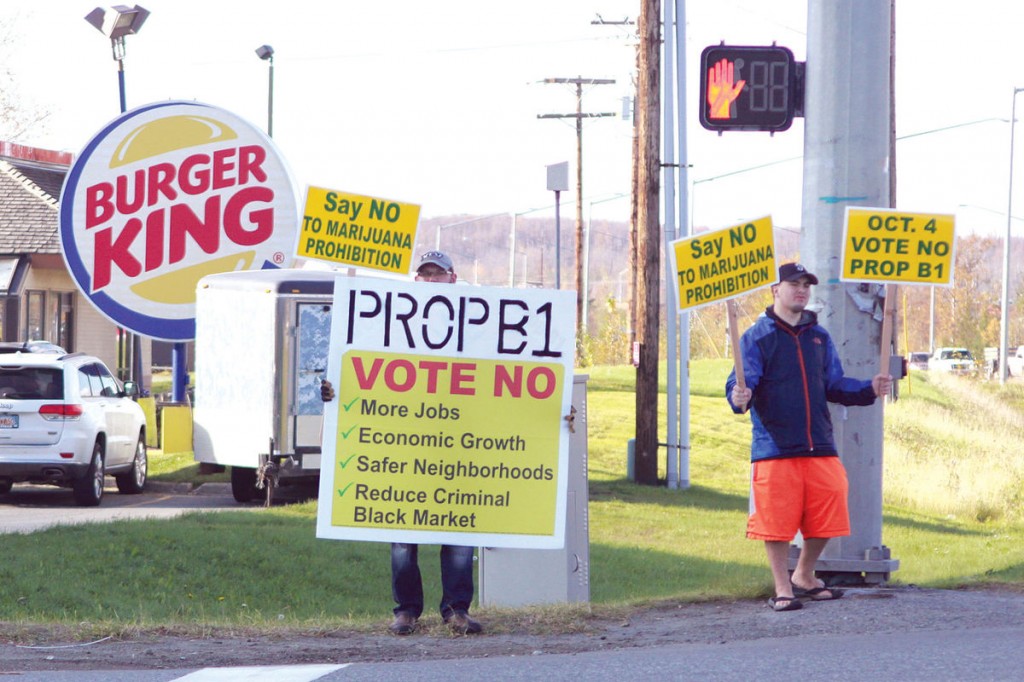