An estimated 60 vendors are planned at the The Hemp and Cannabis Fair on Saturday and Sunday, hosted by THC Fairs of Oregon. A similar event is scheduled in Anchorage on Thursday and Friday.

No marijuana is allowed at the expo, per fairgrounds rules, but organizers said they will have seminars, equipment for growing and using pot, and prizes.

Voters in Alaska agreed to legalize recreational marijuana in a 2014 ballot measure. More than 50 marijuana businesses are gearing up in the Fairbanks North Star Borough.

Anyone 21 and older can attend the cannabis fair. The entry fee is $15 for the weekend.

"Because we are a non-consumption event, it's a very friendly place for people to come if they are just curious," said Naomi Forkash, director of THC Fairs, which has been holding marijuana expos in Oregon since August 2015.

Growing, processing and consuming marijuana are among the focal points of the event.

"There are so many more ways that you can use cannabis than there were five years ago," Forkash said.

The fair will involve a variety of state and local vendors, as well as vendors from Outside.

The fair had initially intended to provide marijuana samples for consumption off-site but reversed that decision after learning marijuana is prohibited on the fairgrounds.

The Fairbanks area has seen a proliferation of businesses getting ready to capitalize on the new marijuana industry. But an effort aimed at stopping marijuana commercialization in parts of the Fairbanks North Star Borough gained approval from the borough clerk's office last week to begin gathering signatures to get an anti-marijuana commercialization measure on the October ballot.

If approved, the measure would apply in the borough but outside the cities of Fairbanks and North Pole, which have their own marijuana regulatory powers. 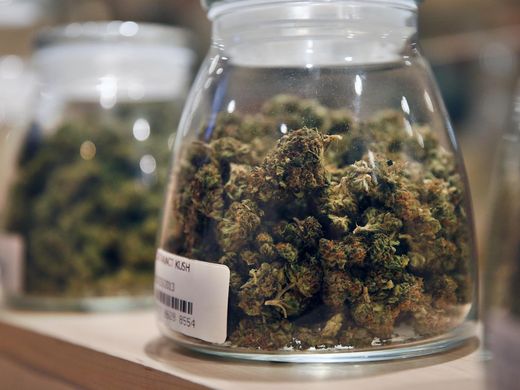