About 100 supporters of legalizing medical marijuana gathered in Vestavia Hills Saturday to not only show their support but also to hopefully change some minds.

"The Alabama Medical Marijuana Patient's Safe Act passed out of committee last week, but Senator Jabo Waggoner is holding the bill up," Ron Crumpton, executive director of Alabama Safe Access Project, said. "He's the chairman of the rules committee and he's decided on his own that the bill's not gonna go forward."

In hopes of making a statement to Waggoner, the rally was held in his home district in front of Vestavia Hills City Hall. Drivers along Highway 31 honked and waved as signs of support.

"The support is unreal throughout the state," Crumpton said. "I think the 23, 24 percent of people who don't support this must all work at the Alabama State House."

WIAT 42 News placed multiple calls in to Senator Waggoner but they were not returned.

Crumpton says he is supposed to meet with Waggoner Tuesday in Montgomery.

"We've been hammering him with emails and phone calls," Crumpton said. "I'm going to sit down and talk to him and we're going to try and see if we can get this forward because all we want is an honest debate." 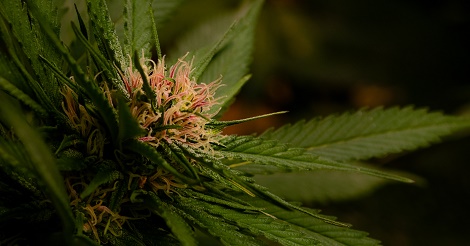