A Huntsville state senator on Tuesday night said he would support a bill in the state Legislature that would legalize the use of a marijuana-derived drug. At the Madison County legislative delegation forum at Huntsville's city council chambers, Sen. Paul Sanford, R-Huntsville, told an overflow crowd he has offered to be the senate sponsor to a bill being crafted by state Rep. Mike Ball, R-Madison. Ball did not attend the forum. The bill, known as Carly's Law, would legalize the use of cannabidiol, or CBD - an oil that comes from marijuana. The bill is named for a child in Inverness born with a rare genetic seizure disorder and reports have indicated its effectiveness of CBD oil in reducing seizures.

Sanford said supporting the legalization of CBD oil is not "opening the door" to legalizing marijuana. "Once you realize that there is no component for people to be getting mind- and mood-altering off of it and it deals with some really unusual situations with some health issues, I just think it's the right thing to do," Sanford said in an interview with The Huntsville Times/AL.com following the forum. One of those situations was spelled out by Gena Dalton, a Madison woman who told of her 17-month-old daughter, Charlotte. Dalton said her daughter had her first seizure when she was 7 months old and the seizures have grown more frequent ever since.

"It was the most terrifying moment of my life and I thought she was dying," Dalton told legislators of holding Charlotte after that first seizure. Charlotte has since been diagnosed with Dravet syndrome, which Dalton described as a "catastrophic form of epilepsy." Dalton said that if Alabama does not legalize the use of CBD oil, Charlotte's neurologist has recommended the family move to Colorado where the oil is legal.

In Sanford, Dalton has a staunch ally. "If my child was having 300 seizures a month and there was something I could give them that would cut it down to four, by golly, this gentleman would be making sure I got it," Sanford said. "And I'll be frank: If it meant I had to break the law, I would break the law so I wouldn't have to watch my infant child go through something like that. "If that makes me a bad person, so be it. I think it would make me a great parent, to be honest."

Dalton told legislators that she was not seeking the legalization of marijuana. According to information she gave lawmakers, CBD oil contains 0.76 percent of THC - the euphoric element of marijuana. Street marijuana has no value for treating epilepsy, the handout said. The handout also cited a National Cancer Institute study that found that a 1 percent concentration of THC produces the same euphoric effects as placebo.

"I'm not asking for the legalization of marijuana, whether medically or recreationally," Dalton told lawmakers. "What I'm asking you to consider is that CBD oil as a marijuana derivative should be considered much in the same way we use morphine, which is derived from opium." Said Sanford, "A drug user is not going to be able to drink this stuff and catch a buzz. So what are we afraid of in that regard? We've got an all-natural product that's helping a real-world situation."

Dalton said conventional medicines have "horrific" side effects, such as slowing or stopping the mental and emotional development as well as causing liver damage, and that her daughter is developing an addiction to valium. The CBD oil, Dalton said, "could potentially help her live a seizure-free life." Sanford said he wants to do what he can to push the bill through the legislature - even if it costs him re-election. "It can be potentially a hot-button issue but I've never been afraid of a hot-button issue -- whether it's an election year or not," Sanford said. "You'll get the same vote out of me the day before an election as it would be the day after an election. I'm going to do what I think is the right thing to do. "If it costs me an election, I'll be OK. I'll sleep well at night." 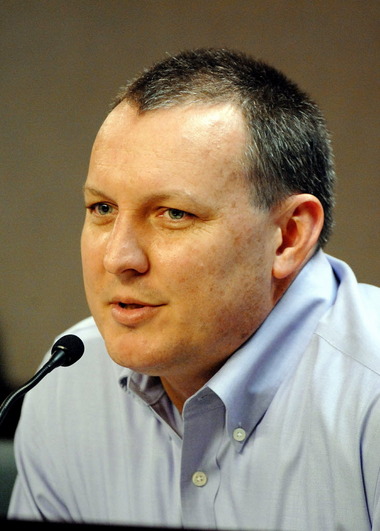