Alaska Will Vote On The Legalization Of Recreational Marijuana In November

Since Colorado began selling legalized recreational marijuana January 1, 2014, and Washington followed on July 8, 2014, the rest of the country has been wondering which state will be next, and while Oregon has been on the tips of most people's tongues, it could also be Alaska that becomes the next to capitalize on the so-called "green rush." A vote on legalizing recreational marijuana was originally scheduled in the Last Frontier state for August 2014 during its state primary election, but was delayed until the general election on November 4. Historically, general elections have greater voter turnout so it puts the power of the decision into more residents' hands.

According to the Alaskan Campaign to Regulate Marijuana Like Alcohol, otherwise known as Vote Yes on 2, the current laws against recreational marijuana has been as ineffective, wasteful and problematic as alcohol prohibition was during the 1920s. The campaign references scientific studies showing alcohol to be more dangerous than marijuana, and argues that the legalization of recreational marijuana would boost the state's economy by creating jobs and generating new revenue through legitimate, taxpaying businesses. Adults 21 and older would be required to show proof of age in order to purchase marijuana from licensed vendors. With this new system law enforcement could focus more on violent criminals.

The Coalition for Responsible Cannabis Legislation also supports the legalization of recreational marijuana in Alaska and seeks to work closely with government officials and agencies to enact recreational marijuana regulations once it is legalized. They are particularly focused on the creation of the Marijuana Control Board, rulemaking, marijuana facility restrictions, local government control and the marijuana tax, which would be $50 per ounce sold by a marijuana cultivation facility.

The Alaska Cannabis Institute is partnered with the Coalition for Responsible Cannabis Legislation. After claiming that its first two-day seminar was completely sold out, the Institute is currently selling seats for two additional seminars, one in Fairbanks September 13-14 and another in Anchorage October 11-12 for those who want to be at the cutting edge of marijuana legalization. The first day of the seminar goes over the laws, policies and taxes and the second day is focused on the actual horticulture and cultivation of the plant.

Although there is strong support to vote for the legalization of recreational marijuana in the Last Frontier state this November, there also exists strong opposition. Big Marijuana Big Mistake, otherwise known as Vote No. on 2, is a grassroots coalition dedicated to keeping marijuana illegal in Alaska. The coalition argues that the ballot measure would industrialize and commercialize not only marijuana, but also concentrates and edibles, which are more potent and have caused deaths in Colorado. In addition to health consequences, Big Marijuana Big Mistake is concerned that recreational marijuana would be heavily commercialized by giant, out-of-state corporations that would change the landscape of local communities with mass marketing, advertising and storefront properties. It would not be individual farmers and business entrepreneurs who would reap the rewards of recreational marijuana legalization, but these corporate entities. Meanwhile, the task force assigned to regulation of recreational marijuana would actually cost the state more than the current law enforcement.

Both sides are committed to demonstrating that their stance is against dangerous substances. On Tuesday, July 22, 2014, Big Marijuana Big Mistake is hosting its first fundraiser and, while alcohol is typically a main feature at most political fundraisers, the only beverages available will be lemonade, sparking water and soda. The event organizers decided that since the ballot they are opposing fights the legalization of substances, the event should also be substance-free. Likewise, the Campaign to Regulate Marijuana Like Alcohol plans that any of its future events will also be alcohol-free.

According to the Wall Street Journal, Oregon and the District of Columbia are also likely to have similar ballot measures on legalizing recreational marijuana this November, and that California, Nevada and Vermont are likely to follow in 2016. If the votes are in favor of recreational marijuana this November, it may be interesting for other states to see how Alaska handles the legalization. 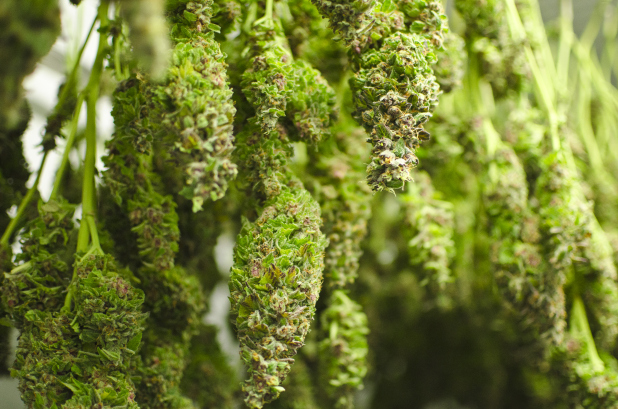 Apr 22, 2014
The General
T
T
Oregon Will Vote On Legalizing Recreational Marijuana In 2014