With a vote on marijuana legalization looming in November, Alaskans hoping to invest in the potential new industry gathered at an Alaska Cannabis Institute seminar in downtown Anchorage over the weekend, discussing opportunities and challenges that potential legalization could bring for entrepreneurs. Roughly 120 people were in attendance for the seminar, organizer Cory Wray said. Saturday's seminar focused on the business and legal aspects of the cannabis industry, and Sunday's focused on horticulture practices. The cost for both days was $420.

Anchorage resident Bruce Schulte said he was "intrigued" by the initiative, and he attended the seminar to see whether it's feasible for him to invest in the industry. Schulte, a commercial pilot, said it was "really refreshing" to attend a seminar where entrepreneurs are coming together to discuss legalization. "We're talking about cash flows, business models," he said. As a pilot, Schulte does not use marijuana. But he thinks legalization will open new opportunities to Alaskans. Schulte identifies himself as a conservative, and believes the Republican Party should get behind the initiative. It's about states' rights and personal liberties, Schulte said.

Legalized cannabis, he said, is small business. "It's industry." Attendee Lloyd Stanfield said that the conference allowed for transparency and open dialogue of issues surrounding cannabis legalization. "It's relieving to see it more on the forefront rather than having to talk to somebody behind closed doors," he said. Stanfield hopes to open a cannabis dispensary in the Matanuska Valley, should voters choose to legalize marijuana. Alaskans will vote whether to legalize recreational marijuana in the Nov. 4 general election. Alaska's eight-page initiative would legalize recreational marijuana use for adults 21 or older, and tax it at $50 an ounce, but leaves much of the rule-making up to the Alcoholic Beverage Control Board, which would have nine months to write the laws should the initiative pass.

That flexibility is a boon, said speaker Peter Carris, a medical marijuana dispensary owner in Washington and presenter at the seminar. He said that Washington's law was written as part of the state's initiative before the vote, and now the state is left with a lengthy measure that in some ways hinders entrepreneurs. "You only get one chance at this," Carris warned the audience.

Challenges of legalization
Many at the conference were optimistic that the initiative will pass. Even if it does, many logistical challenges still exist for the would-be industry. Cannabis businesses face challenges in complying with federal law, banking, and culture clashes, according to attorney Jay Berneburg. Berneburg represents medical marijuana clients in Washington state and was a speaker during Saturday's session. "We're living in historic times," Berneburg said of the shifting landscape of cannabis legalization. Becoming part of the nascent cannabis industry is "the most significant act of civil disobedience since the civil rights movement," he said.

One attendee asked how to run a cannabis operation in compliance with federal law. "You probably won't," Berneburg replied. Federal law lists cannabis as a schedule 1 narcotic, and while a federal memo in August stated that the U.S. Justice Department won't interfere with state cannabis laws, Berneburg called the memo "basically a non-statement." Thus, risks remain for would-be entrepreneurs. Berneburg spoke of challenges in Washington from some local municipalities that are looking for ways to reduce access to cannabis -- in particular, Pierce County, which in January threatened to take the state to federal court for the right to keep cannabis businesses out of its unincorporated areas.

One of the biggest issues is working with the banking industry. Banks are wary of becoming involved in a business that could potentially put them on the hook for money laundering, Berneburg said. Small banks and credit unions are generally more receptive to loaning money out to cannabis businesses or taking deposits. Yet as the industry's potential revenue streams become apparent, "it's going to get easier and easier to do," he said. In February, the U.S. Justice Department outlined guidance to give banks confidence to accept cannabis industry revenue, but did not grant immunity from prosecution. In Colorado -- where the multimillion-dollar industry had been largely cash-based -- a financial system appears to be taking shape. In early May lawmakers approved a plan that would allow cannabis businesses to pool money into cooperatives.

Brandom Emmett, executive director of the Coalition for Responsible Cannabis Legislation, said his organization ran into resistance just opening a bank account, due to the word "cannabis" being in the organization's title. CRCL hopes to help craft the regulations, should the initiative become law. Despite the challenges, seminar attendee Stanfield said he is confident he can make it work. "Being an entrepreneur, you have to be hard-wired to overcome hurdles," he said, adding that there's still plenty of time to develop business plans and find lender opportunities and business partners. Schulte said that while the challenges are "all huge questions," he's confident that conflicting laws and banking difficulties will change. Should the initiative pass, Schulte believes that's enough time for some of the issues to be resolved. 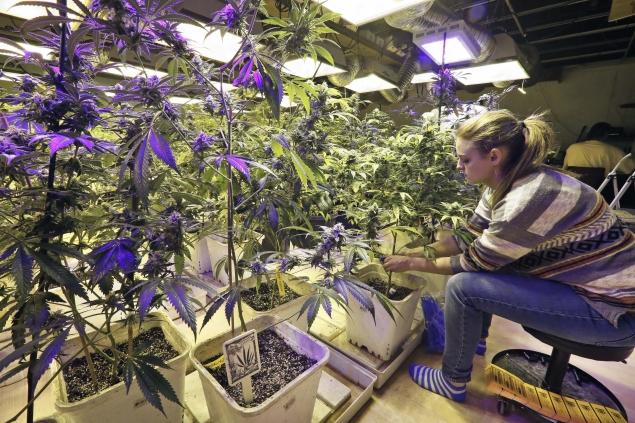