Chicago - Aldermen took steps Tuesday to further limit where medical marijuana dispensaries could be located in the city. The dispensaries would be banned from manufacturing districts, transportation corridors and many areas that are a mix of homes and smaller businesses, under an ordinance endorsed by the Zoning Committee and set to be considered at Wednesday's City Council meeting. They also could not operate near parks and forest preserves or in any building that includes residences.

Dispensaries would be able to set up shop in most business and commercial districts, as well as downtown locations that are not primarily residential or shopping-oriented, said Patricia Scudiero, the city's zoning administrator. State law already prohibits dispensaries from operating within 1,000 feet of a school or day care center, or in any area that is strictly residential. It limits the total number in Chicago to 13 and requires them to be geographically spread across the city, with no more than two per township.

Those who want to open a dispensary would have to get a special use permit, which requires approval of the city Zoning Board of Appeals. Getting a special use permit requires a public hearing, and the local alderman typically holds sway over whether they are granted. Ald. Ed Burke, 14th, who championed the effort to create the zoning restrictions, said that if the initial state law were interpreted literally, dispensaries would be strictly limited to manufacturing districts. But the rules and regulations that came out in July after discussions with city officials broadened the possible locations, he said.

Scudiero said state law will allow only one marijuana cultivation center, where cannabis would be grown and processed, in all of Cook County. The center would have to be in an industrial area and at least 2,500 feet – 41/2 city blocks – from any school, day care center or home, she said. Illinois' law allowing the use of medical marijuana for three dozen chronic medical conditions took effect Jan. 1, but the rule-making, licensing process and growing cycle are expected to delay the opening of dispensaries until next year. 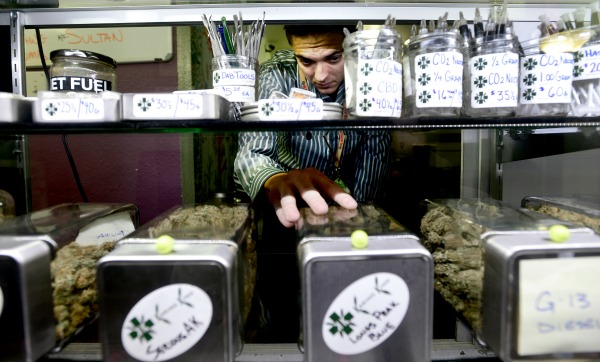