Recently, Gannett Wisconsin Media published a column by two Wisconsin Assembly Representatives complaining about a possible move by federal bureaucrats to lighten up on the unpopular Renewable Fuel Standards mandating ethanol in gasoline.

If I recall correctly, forcing consumers to dilute their gasoline with corn alcohol was supposed to save the planet. Curiously, the environment was not even mentioned. (Nor was the increased costs for food and repairing damage to engines and fuel systems.)

Instead, the Representatives want the EPA to continue to force ethanol into our gas tanks so that Wisconsin corn growers will have access to "critical markets."

I wonder why, if the representatives are so concerned about Wisconsin farmers, they don't take action in Madison. Industrial hemp is a crop that doesn't require more government; it simply needs more freedom.

The U.S. Congressional Reseach Service reported that hemp is an "economically viable alternative crop. ... The U.S. market for hemp-based product has a highly dedicated and growing demand base, as indicated by recent U.S. markets and import data for hemp products and ingredients, as well as market trends for natural foods and body care products."

Some experts suggest that the American "critical market" for hemp products is at least $600 million per year. There are about 25,000 uses for industrial hemp, including food, cosmetics, plastics, and, yes, even bio-fuel. And it grows great in Wisconsin, when the government leaves farmers alone.

The Wisconsin Farmers Union would like to see Wisconsin farmers have additional opportunities to diversify their operations or develop a niche by growing industrial hemp. It is one of the earliest domesticated plants known and farmers are excited because hemp grows fast, is easy to grow, environmentally friendly, requires few pesticides, no herbicides, and is useful as a rotational crop.

Well, Assembly Bill 215 has been introduced which would allow for the cultivation, production, and sale of industrial hemp in Wisconsin. That would be a good start.

The bill would sanction the "growing, processing, and, in conjunction with growing or processing, selling industrial hemp for commercial purposes or research" by licensed individuals. About time!

Or, is something dysfunctional going on in the Wisconsin Assembly?

Jim Maas of Wausau is a past president of the Libertarian Party of Wisconsin. 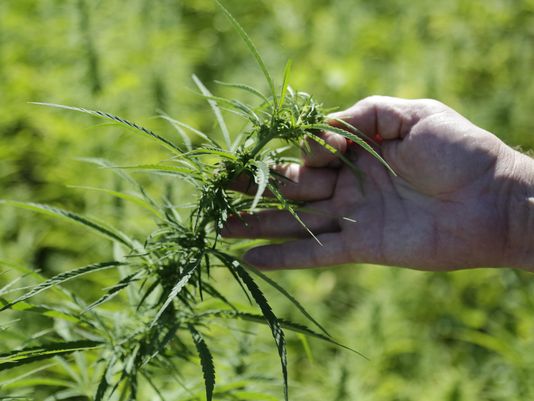 T
Bring Hemp Back To Wisconsin