It's no secret that there is an opioid epidemic here in the United States. It's also no secret that the continued practice of prescribing opioid painkillers is a huge contributing factor in the advancement of this epidemic. Even the CDC itself has admitted that prescription drugs are playing a primary role in the spread of opioid addiction.

The American Society of Addiction Medicine's statistics reveal that 1.9 million people suffered with opioid addiction in 2014, and that nearly half of all lethal drug overdoses involved prescription painkillers.

Opioid painkillers such as OxyContin, Percocet and Vicodin have a street value of up to $30 per pill. Heroin, on the other hand, can be purchased for just $5 a bag. The molecular structure of the drugs is similar, so the transition from expensive prescription pills to shooting up is actually quite easy. It's not an uncommon phenomenon, and the U.S. Substance Abuse and Mental Health Services Administration reports that around 80 percent of all heroin users started out abusing opioids.

This suggests that many of the deaths attributed to heroin each year involve people who were previously using opioids — and the death toll for opioids is really much higher than reported.

What is truly ironic is that these drugs are still legal, while cannabis remains a Schedule I illegal drug. Numerous studies have found cannabis to be substantially safer than other recreational drugs, including alcohol. A study using Medicare Part D drug sales records revealed that in states where medical marijuana was legal, opioid use actually dropped substantially. The report found that over 1,800 fewer opioid prescriptions were doled out in medical marijuana-friendly states, and that those states actually had dramatically lower healthcare costs to boot. States that were medical cannabis-friendly reportedly saved $165.2 million annually in medical-related fees. Marijuana is also safer and more effective at treating chronic pain than opioids are to begin with.

Health Impact News writes, "Cannabis is the pain solution for both not entering the gates leading to opiate 'hard drugs' but also for rescuing those who have been addicted to them before it's too late."

A researcher from UC Irvine School of Medicine and professor of neurobiology and anatomy, Dr. Daniele Piomelli, has spent the last 25 years studying marijuana's pain-relieving properties. After conducting decades of extensive research, Dr. Piomelli has also concluded that cannabis could be used to safely and effectively treat pain and opioid addiction.

Another doctor, Dr. David Sulak, runs several clinics located in Maine that treat opioid addiction. They report having great success in treating patients with medical marijuana to help wean them off the hard stuff safely. Medical marijuana reportedly helps to prevent the symptoms of withdrawal, and they have not yet seen any relapses occur.

Natural is definitely the way to go when it comes to pain relief. Sadly, our government doesn't seem to agree. 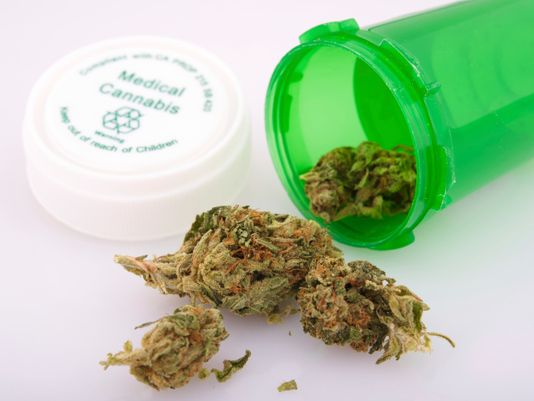 Opiates will slowly dwindle away and people will go to other alternatives.
For all your Cannabis Seed needs, visit the Bonza Seedbank