An Eye to See and Wings to Fly Beyond

Let's look at this thing from another perspective. Clearly, Death is the root of all our fears. We are a creature that knows that it is going to die. Or at least a being that is under the illusion that it is going to die...which still makes us afraid anyway...whether it is really true or not. This is the basis for all Religion. All Religion is about convincing us...through words written in a Divine Book...that we are not really going to permanently die. And it is this reliance on books and words that makes Religion, as it generally exits today, so unfulfilling. After all, how do you really know the Book is true?
Now if you question the Book, then you could be in danger from True-Believers. The reason they are so Zealous in their defense of the Book, and whoever wrote or spoke it, is that they now equate the possibility of their life continuing (after Death) with that very Book and it's teachings.

But what if there was another way to know that you are more than just this material world, and that you have a soul that lives on after the body? And what if this way did not involve words, but instead separated your soul from your body during life...and then let it return again? And what if you did this over and over again, until there was no longer any separation between the World of the Living and the World of the Dead?

Welcome to Shamanism. This is what came before Religion. But the point at which they met is in the City of the Sun in the Ancient Land of Khem, that would later be called the city of Heliopolis in Egypt. This is what the cult of Osiris was really all about. When you drank of the Blood of the Dying God, make from the bark of the Tree of Knowledge and the seeds of the Burning Bush, your soul left your body and traveled to the Other World in life. So you knew very well what lay beyond Death. indeed, you visited that world often. It held no more fear for you. You could travel between the Worlds of Life and Death at will. And you eventually realized a great truth.

The Other World is pretty cool. And if you had to choose...well...you'll have to do the math on that one for yourself. 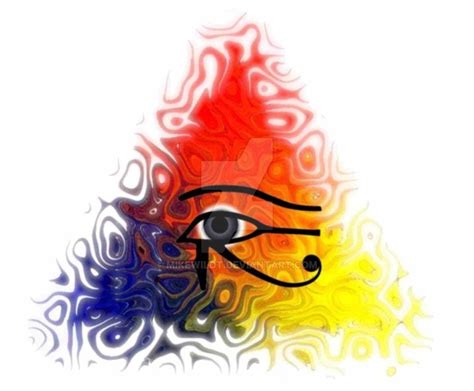 Ah... shamanism. They say that to be a walker between worlds, one must suffer a 7 year hardship or tragedy... one that rips them from this world to at least see a glimpse of another world sitting right there, behind the veil. The shaman learns to walk between and back and forth, and live in this constant divergence of realities...

Yes, I was in a car accident when I was 19. It damaged a part of my brain. The damage made me smarter in a way, certainly more reality agile, and it made me slowly go deaf. It took 18 years until I lost all of my hearing. Always though, there must be a balance in life. I have found that I am a walker between worlds and I can perceive the living worlds around me better than ever before. As above, so below... as is inside, so is without.

Peace my friend. I enjoy your work.

They say the only two innate fears we have are falling and loud noises. It must have also been fearfull for all of us leaving the womb.

all that is is within and around all that is
My Journals:
2022 Tiny Closet Triple Header: 2 each Godfather OG, Extreme OG and Afgoo (harvest 8/3/2022)
Citrus Sap, A Garden Whose Time Has Come, Plus Mystery Seeds (harvested 8/21, it's time is gone).
One Plant Wonder Garden
A Cactus Daydream...

The Holy Herb - Sacraments and Cannabis

Cannabis Has Always Played an Important Role in Religion