Andrew Sullivan, Conservative Writer, On Marijuana: Prohibition 'Based On Lies'

Andrew Sullivan, the prominent writer and blogger, compared the effort to legalize marijuana to the fight for marriage equality in the United States in a talk that highlighted the key factors propelling what he called an "extraordinary leap forward" in cannabis policy. Sullivan was the keynote speaker at the International Cannabis Business Conference held Saturday at the Oregon Convention Center. The two-day conference, attended by an estimated 700 people, is aimed at what organizer Alex Rogers, an Ashland businessman, called the "high echelon of cannabis entrepreneurs." Sullivan, who received a standing ovation after his morning talk, analyzed the rapid social and cultural change that's moved marijuana from the fringes to a drug that polls show most Americans think should be legal.

"Why has something that only 10 years ago, let alone 20 years ago, seemed crazy and outrageous to so many people, why does it now have majority support in the United States of America?" he asked. "Why is the next generation overwhelmingly in favor of this?" He cited a variety of reasons, including the disproportionate percentage of marijuana-related arrests of blacks compared with whites, the poignant pleas of parents who've sought cannabis to treat their children's seizure disorders, and the federal government's insistence on grouping marijuana and heroin in the same class of controlled substances.

"One of the key reasons (Americans have) changed their minds is quite simple," he said. "Prohibition and the prohibition regime have been based on lies. These lies are quite easily dispelled by science. "At some point that lie will collapse. All lies in the end will collapse." He called the disparity in arrests between white and black Americans for marijuana possession "appalling." "There comes a point at which that discrepancy becomes an affront and should be an affront to anybody of any race who wants to call themselves an American," he said. "That argument has reached a critical mass too and certainly has begun to shift opinion, probably more on the liberal side more than the conservative."

Sullivan also echoed the view of marijuana legalization advocates in Oregon that legalizing the drug means it will be less likely to end up in the hands of teens. "In a regulated legal market, you can have much better controls and much better regulations to keep this in the hands of responsible, consenting adults," he said. He said many people have seen, heard about or experienced the drug's medicinal benefits, another factor softening Americans' stance toward marijuana. "I think of medical marijuana in a way as the civil union stage of this movement," he said. "In other words, you are finding language to make people comfortable with an underlying reality that they need to get more used to." Legalization of marijuana in Colorado and Washington, he said, has prompted people to talk about their experiences with pot.

"The cannabis closet hid so many individuals – responsible, caring adults; teachers; parents – who were responsibly using this in a way to enhance their lives, chill them out, keep them going in a world where everyone is working harder than ever, where our brains are frazzled by the Internet," he said. "I don't think it's an accident that this is something people use to cope. This is something that made their lives better, gives them more balance, helps them see things in a better perspective."

Throughout his talk, Sullivan spoke about his personal affection for marijuana, saying it "can even make baseball interesting after a while." He said he's looking forward to the transformation of marijuana under American capitalism. "I want to let go of the reins of this and let it find what the market wants," he said. "When I am an old man, I want to have a relationship to (cannabis) the way that very old experienced wine critics have with various varieties of wine." 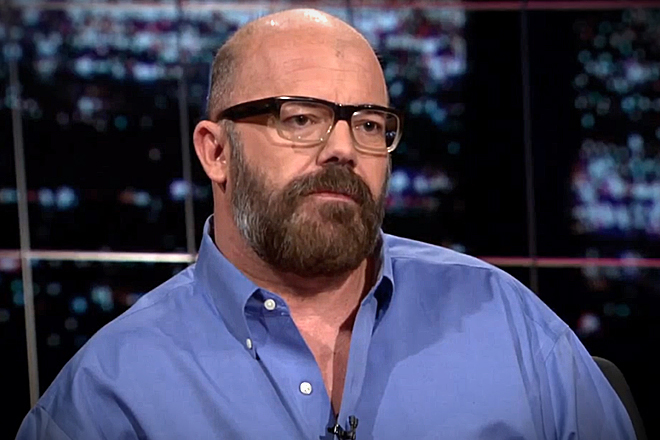