New York, NY: Fifty-five percent of American adults support legalizing marijuana, up from 52 percent in 2010, according to the results of a new Angus Reid Public Opinion poll.

Pollsters conducted an online survey of a representative national sample of 1,003 American adults. A solid majority, including 63 percent of Democrats and 61 percent of Independents, said that they endorsed the legalization of marijuana.

Forty percent of those polled said that they opposed the idea and five percent were undecided. The poll's margin of error is +/- 3.1 percent.

The Angus Reid results are slightly higher than those published by other polling firms, such as Gallup, which use random digital dial sampling.

More men (57 percent) than women (53 percent) voiced support for legalizing cannabis. Respondents between the ages of 35 to 54 were most likely to support legalization (57 percent); however, a majority of respondents from every age group polled -- including those age 55 and over -- said that they backed making marijuana legal.

No more than ten percent of respondents said that they favored making any other illicit substance legal. 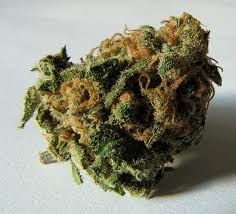 64 Percent of British Columbians Back Legalization of Marijuana: Poll