Arizona Case May Make Medical Marijuana Harder To Get For Vets

Is Arizona treating PTSD sufferers, many of them veterans, like second-class citizens?

When it comes to medical marijuana, the answer appears to be: Yes

And a judge just said that was okay.

But the law allowed for new health conditions to be added and PTSD was eventually placed on the list, only with stipulations that aren't required of other medical marijuana patients.

Former Department of Health Services Director Will Humble said that marijuana would be approved only for patients already being treated for PTSD in traditional ways.

With most other ailments or conditions patients need only acquire a doctor's recommendation to get a state-issued card permitting them to purchase up to 2 Â½ ounces of marijuana every two weeks.

This would include the amorphous sounding "chronic pain."

The Arizona Cannabis Nurses Association sued the state over the PTSD rules, saying that the restrictions on PTSD patients were discriminatory.

A judge in Superior Court ruled against them, unwilling to override the health director.

The lawyer for the association, Ken Sobel, said after the ruling, "The only people that now suffer are returning war heroes ... who unlike every other case (for use of medical marijuana) have to go now and prove that they're doing traditional medicine for a disease that is incurable and have to prove that in order to safely access medical cannabis."

He appears to have a point.

Just last year Humble spoke about how medical marijuana was being used by particularly needy patients — those with cancer, AIDS and other illnesses. But he added that the majority of card holders claim only "chronic pain" and that many of them between 18 and 30 years old.

"A whole bunch of people who don't need it (marijuana) are getting it, too," Humble said.

It's generally accepted that there are people with medical marijuana cards who don't need them. But the sky hasn't fallen because of that. And it's also true that the drug is helping people in need. Given those two things, why make it more difficult on PTSD patients?

Particularly knowing that a fair number of them will be former military.

In the end, this is probably the state's way of sending a message.

"The PTSD ruling was discrimination, for sure," said RN Heather Manus of the Arizona Cannabis Nurses Association. "And now were expecting even more legal battles."

The association is petitioning the health department to add seven other conditions to the medical marijuana list. Among them are arthritis, traumatic brain injury, Parkinson's disease and others.

"We giving them these seven petitions," Manus said. "We hope they take us seriously. But we're skeptical. And if the state doesn't go along we're preparing for seven court cases." 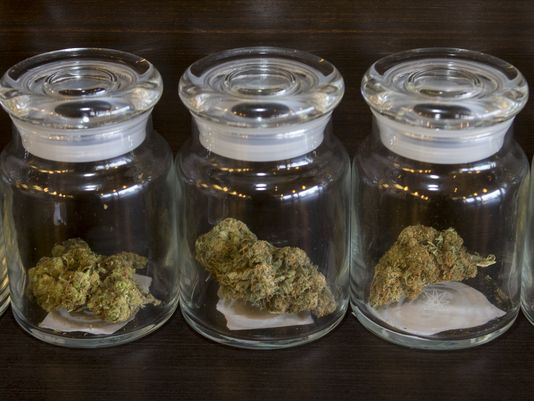