Republican lawmakers are trying to amend Arizona's Medical Marijuana Act to make it more difficult for patients to access medication.

Their proposals include limiting which types of doctors can issue medical marijuana referrals, tightening restrictions on who can receive referrals and requiring patients to get new referrals more often.

But the proposals could conflict with the Arizona Constitution, which prevents the Legislature from altering voter-approved initiatives such as the Medical Marijuana Act, which has nearly 88,000 qualified patients.

Rep. Kelly Townsend, R-Mesa, introduced House Bill 2061 to remove pregnant women from the list of patients that can qualify for medical marijuana. But in order for her bill to become law, she'll most likely need three-fourths of the votes in both houses to amend the voter-backed Medical Marijuana Act.

Another proposal, from Rep. Jay Lawrence, R-Scottsdale, would remove physicians practicing alternative medicine such as naturopathy and homeopathy from the list of doctors that can issue medical marijuana referrals, leaving only doctors of medicine and osteopathy. It also would set requirements that qualifying patients acquire a new referral every six months, instead of once a year like they do now.

More than 87 percent of all medical marijuana referrals came from naturopaths and homeopaths in the budget year starting July 1, 2015, according to an Arizona Department of Health report.

Lawrence introduced his measure as a bill and as a House Concurrent Resolution, meaning it would only become law if enacted by the voters. That way, HCR 2019 can become law without needing three-fourths of the votes in both houses to pass in the Legislature.

J.P. Holyoak, president of the Arizona Dispensary Association, said he questions the legality of the proposals and believes the state's medical marijuana industry has proven its success and doesn't need "unnecessary and counterproductive" laws.

"It's disappointing to see some legislators are trying to roll back a voter-approved law that is helping tens of thousands of seriously ill Arizonans," said Holyoak in an email. "Our state should focus on moving forward, not backward." 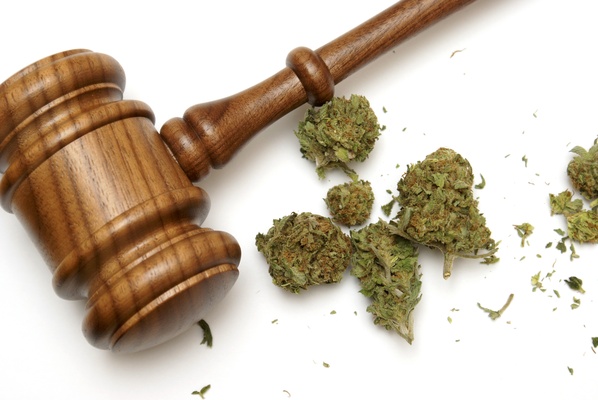