The letter by Deputy U.S. Attorney General James Cole, which dizzily seems to give protection to marijuana patients while threatening the businesses that serve them, was sent to U.S. Attorneys in all 50 states.

"It sent a message that reverberated across the nation," says Vincent Palazzotto, executive director of the Medical Marijuana Assistance Program of America. "It scares patients. They don't want to be in a place that gets raided."

Locally, the letter will affect the thousands of Arizonans who are registered in the state's new medical-marijuana program, and also the people who've made investments in the dispensary industry, Palazzotto says.

...it appears that Dispensaries and their ancillary cultivation facilities may be doomed. Please find attached the compete text of the letter. Unless congress steps in and changes the status of Marijuana under the Controlled substance Act, opening a dispensary could be daring act.

He's apparently still planning to help with the opening of a new, for-profit club this weekend in which card-holding patients can obtain "free" medical marijuana, which is still legal under state law.

Another dispensary expert we quoted in our February feature story on the medical-marijuana industry, Patric Allan, says a new type of distribution industry will rise out of the smaller-scale cooperatives and clubs, just as it did in California.

The sad part, Allan says, is that delaying a more robust dispensary system means that Arizonans won't play a major role in the development of the non-intoxicating marijuana products that are becoming more popular in California.

Another way to look at it: Arizona Governor Jan Brewer's decision to halt dispensary applications, combined with Cole's new letter, damages the medicinal, more-regulated aspect of the state's voter-approved law more than anything else. 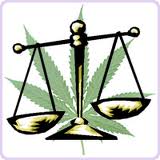