In 2013, Nevada Governor Brian Sandoval signed a new law that calls for up to 66 dispensaries to open across the state. The first Nevada dispensaries are expected to open in Las Vegas and other cities and towns early in 2015. Dispensary operators would be able to decide for themselves if they want to accept out-of-state cardholders as customers, Westom said. Many clearly will, given that it will mean more business for them, he agreed.

According to Nevada law, dispensaries could honor out-of-state cards as long as the state that issued the card has an official database of patients and "allows the Division and medical marijuana dispensaries in (Nevada) to access the database." Nevada officials hope to have an interstate-access agreement in place by 2016. It's unclear whether such a deal could ever be made with Arizona. Will Humble, director of the Arizona Department of Health Services, told New Times in an email that he doesn't believe it would be possible: "Our (point-of-sale) system is specific to AZ cardholders and dispensaries." Humble added that the issue would require more research to be certain.

However, Westom said that when the Nevada system is up and running by early next year, dispensaries won't need to access the Arizona system in order to honor Arizona cards. The plan is to have dispensary agents, before completing a sale, inspect the out-of-state card and have the customer sign an attestation that the card was valid. The maximum amount for purchase and possession of medical marijuana in Nevada is 2.5 ounces every two weeks, same as in Arizona.

Westom wasn't sure, though, whether an Arizona patient would enjoy legal protection from law enforcement authorities in Nevada if caught in possession of marijuana, no matter where it was purchased, if no access to Arizona's database was allowed. Nevada's medical-pot law entitles out-of-state cardholders to possess marijuana, but the law states that the reciprocity provision's effective date is April 1, 2016. Without a way for a police officer to determine if a card from another state was valid, a patient could theoretically still be arrested for possession. The new system has some kinks, clearly. But by this time next year, Arizona patients may have substantially more options when it comes to buying their medical marijuana. 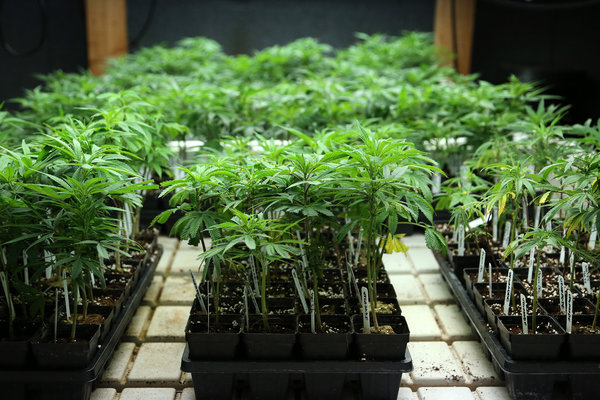