Workers' compensation carriers and self-insurers will not be required to pay for a patient's medical marijuana under a new bill Gov. Doug Ducey signed into law Monday.

The state's more than 63,000 holders of medical marijuana cards will still be allowed to purchase their own cannabis, but the law removes the requirement that workers' compensation carriers and self-insurers reimburse patients for medical marijuana.

The law is similar to protections already in place for federal and private insurers under the Arizona Medical Marijuana Act.

Marijuana advocates say the bill limits access, which they say is a healthier alternative to opioid-based painkillers such as hydrocodone. Supporters say there are technical issues that would make it difficult to reimburse patients for medicinal marijuana.

The Arizona Self-Insurers Association said it initially interpreted the Arizona Medical Marijuana Act to include workers' compensation carriers and self-insurers, but it became concerned after a court of appeals upheld a lawsuit in New Mexico. Last year the New Mexico Court of Appeals upheld a decision by a workers' compensation judge that required an automotive repair shop in Santa Fe and its insurance company to reimburse a medical marijuana patient for the costs of marijuana to treat his chronic back pain.

Arizona insurance companies are also concerned about how to reimburse patients, Gray said. For example, Gray said it would be difficult for insurers to follow dosage standards because the levels of THC, the active ingredient of cannabis, vary widely.

"The drug paraphernalia that is used to smoke it in some cases could be used as herbal medical equipment as well, so there are some issues around that," Gray said.

Medical marijuana advocates say it's unfair that insurers would cover opioid-based pain relievers but not cannabis.

"The jig is up. We know that cannabis is safe and effective," said Dave Wisniewski, chairman of SAFER Arizona, a cannabis legalization political action committee. "What you are saying is you'd rather do the alternative, which is to give them harmful pills that are damaging to their health." 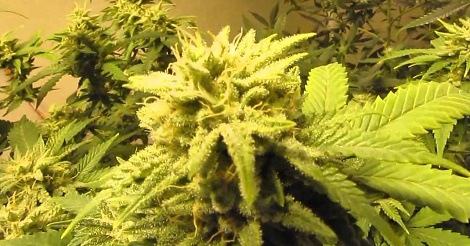 ME: Insurer Says It Shouldn't Have To Pay For Medical Marijuana

Insurers Contend Medical Marijuana Should Not Get Workers' Comp Funding