The Arkansas Medical Marijuana Commission held its second meeting this afternoon and began in earnest the process of establishing rules for the licensing of dispensaries and cultivation facilities authorized by Issue 6, the pro-pot amendment approved by voters in November. (Its first meeting, on Dec. 12, was essentially a formality.)

The commission faces a time crunch right out of the gate, since the medical marijuana amendment specifies dates for rolling out the regulatory regime. Rules regarding licensure must go into effect 120 days after the amendment's passage – that is, March 9 – and the panel must start accepting license applications by June. Although a bill proposed by Rep. Doug House (R-North Little Rock) would push that timeline back by 60 additional days, the commission was advised today by Department of Finance and Administration (DFA) attorney Joel DiPippa not to count on the legislation passing.

That means the commission should develop draft rules by late January to allow ample time for public comment and a public hearing, DiPippa advised.

When one commissioner, Dr. Carlos Roman, suggested that the commission should give itself additional time to promulgate rules, DiPippa matter-of-factly told him that "the commission does not have the ability to make that change." The moment illustrated one of the panel's initial challenges: Several of its members, Roman among them, have no past experience serving in state government. (Another is the chair, Dr. Ronda Henry-Tillman.) They face a steep learning curve in the months ahead as lobbyists, interest groups and would-be entrepreneurs jostle for position in the state's nascent marijuana industry.

The commission voted to allow five marijuana grow centers in Arkansas initially, one for each of the state Health Department's five geographic subdivisions. The amendment says the state may license between four and eight such cultivation facilities. Two commissioners, Fayetteville attorney Travis Story and pharmacist Dr. Stephen Carroll of Benton, voted against the motion. Story, who preferred starting out with just four cultivation center licenses, said he was concerned about creating an oversupply relative to market demand. A smaller number of licenses would "give some ... economic stability for those cultivation facilities going forward," he said. Story also pointed out that the amendment allows every dispensary to cultivate as many as 50 plants.

Roman, who made the motion for issuing five licenses, said he wanted to ensure the profits for the centers weren't concentrated geographically. "Five may decrease their profitability ... but I would rather see it geographically spread around," he said. The motion passed, 3-2. (As commissioner James Miller noted, the panel can always increase the number of facilities later.)

Henry-Tillman then asked the commissioners to consider what restrictions they wanted to see placed on growing facilities. "I think we need to think about what a cultivation center means," she said. Roman said the panel should consider security requirements for such facilities, and suggested commissioners travel to other states that have legalized medical marijuana to see how their cultivators operate. (DiPippa told the commission it does not have a budget specifically for travel, but that he would look into using its general funds.) Story said he was concerned about establishing rules for testing the potency of marijuana and establishing what sort of cannabis products the commission would allow to be sold in Arkansas. Carroll said he hoped the commission would clearly define packaging requirements.

However, according to the attorney who actually authored the medical marijuana amendment, none of those things are within the commission's purview.

Little Rock lawyer David Couch, who was in attendance at today's meeting, said after adjournment that the commission's duties as described by Issue 6 are limited to licensing dispensaries and cultivation facilities and determining their geographic distribution, not regulating them otherwise. The amendment does also allow the commission to establish the amount of the drug that a cultivation center can produce, he said. However, the amendment is clear in its specification that issues such as the security requirements at grow centers and dispensaries is the domain of Alcoholic Beverage Control (which is part of the DFA). The Health Department, meanwhile, is working on rules regarding labeling and lab tests.

"I think the commission is somewhat confused as to the scope of their authority," Couch said. He said he was not concerned with the confusion, however, noting that the commission was just appointed earlier this month and has only begun learning the process.

The commissioners themselves acknowledge they have a great deal of work to do in a short amount of time. Henry-Tillman scheduled two more meetings before the end of the year. The next is at 5 p.m. on Thursday, Dec. 22; the other, on 4 p.m., Tuesday, Dec. 27.

Commissioners are not salaried, but they do receive an $85 per diem. 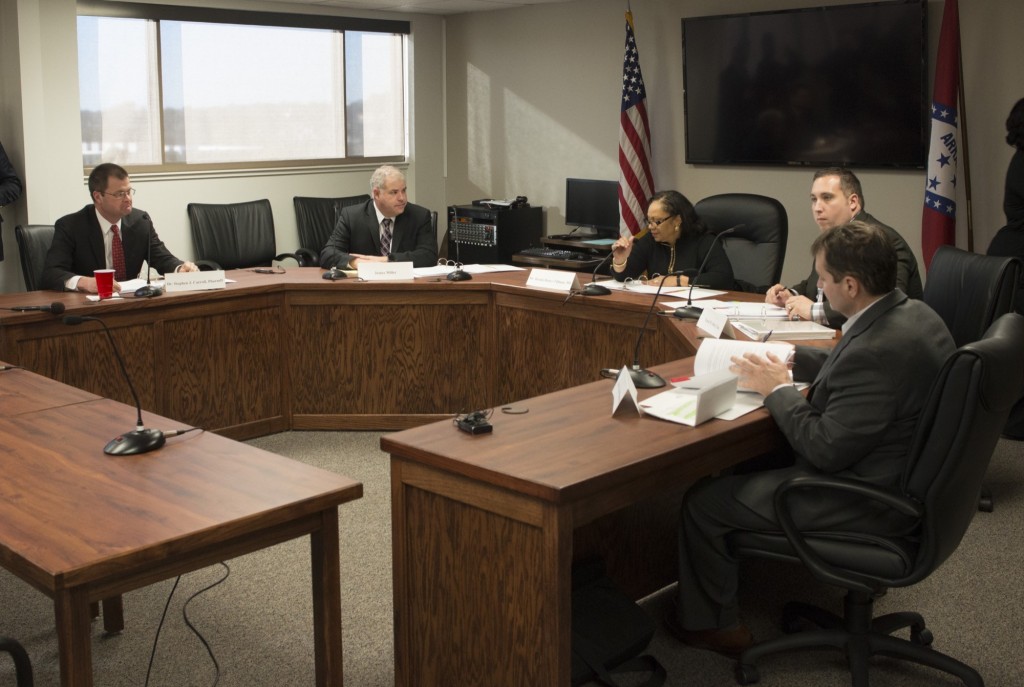