Sixty-four-year old Roger Christie, a resident of Hawaii's Big Island, although most recently of Cell 104 at the Honolulu Federal Detention Center, is a Religious Science practitioner, a minister of the Universal Life Church, ordained in the Church of the Universe (in Canada), an official of the Oklevueha Native American Church of Hilo, Hawaii, and the founder of the Hawai'i Cannabis THC Ministry.

As you might guess, it was the last of those spiritual vocations that landed him in prison.

In 2010, Mr. Christie, along with several co-defendants, was indicted on charges including conspiracy to manufacture and distribute marijuana. He does not dispute the facts of the case. He just believes that his operation – "a real 'street ministry' serving the needs of our neighbors from all walks of life," he told me in an e-mail from prison, "busy six days a week," employing "three secretaries and a doorman" – was protected by the First Amendment.

On July 29, Mr. Christie's lawyer will argue in Hawaii federal court that his client should be allowed to present a religious-freedom defense at the eventual criminal trial. He will base his argument on the Religious Freedom Restoration Act, passed by Congress in 1993, which requires the government to show a "compelling interest" whenever it "substantially burdens" a religious practice. In 2006, the Supreme Court relied on the act to permit a New Mexico church to use the hallucinogen hoasca, or ayahuasca, for sacramental purposes.

But so far such exceptions have been granted to small religious communities and relatively obscure drugs: for American Indians' use of peyote, for example, or the New Mexico church with its ayahuasca. But marijuana? That would be problematic.

"The difference is that peyote and hoasca have little or no recreational market, and that is not likely to change because they make you sick before they make you high," Douglas Laycock, who teaches constitutional law at the University of Virginia, wrote in an e-mail in explaining why a court would be unlikely to approve of the church's practice. "Marijuana has a huge recreational market. Diversion from religious to recreational uses, and false claims of religious use, would be major problems."

Mr. Christie is hoping that now, as many state marijuana laws are liberalized, federal courts may allow him to argue for the sacramental needs of his ministry, where he worked full time until his arrest. First, he must convince a federal judge that his religion – or one of his religions – is not just a form of personal spirituality concocted to get stoned legally.

According to Mr. Christie's personal declaration, filed with the court in April, he joined the Religion of Jesus in 1993, was ordained in 2000, then founded as an offshoot the THC Ministry. (THC, tetrahydrocannabinol, is the main psychoactive ingredient in marijuana.) "The THC Ministry," he wrote, "is a universal religious organization that uses cannabis to exalt consciousness, facilitate harmony and become close to God and nature and each other."

The Religion of Jesus, Mr. Christie wrote, holds that sacramental marijuana use is "a God-given right, as told to us in the Bible in Genesis 1:29, in which it says, 'Then God said, I give you every seed-bearing plant' " Other tenets of the faith include, "Our religion does not believe in going to war" and, "Our ministers are required to use a hemp-cloth shawl for ceremonies and prayer."

Mr. Christie's declaration lacks the somber tone that usually distinguishes "religion." At his Sunday services, he would "weed out, so to speak," any visitors who seemed "insincere" about the faith – people without any sense of marijuana's spiritual purpose. His faith's "primary sacred day" is April 20, known to Deadheads, readers of Craigslist and High Times subscribers as "4/20," slang for marijuana.

But the courts have offered no coherent definition of religion. "What constitutes a religion is one of the hardest questions of all, and except in the most obvious cases, the courts tend to avoid it if they can," according to Professor Laycock. As religion scholars point out, categories like "legitimate" privilege religions that are old and established – those that have buildings, and other trappings of power.

In a telephone interview, the Rev. James D. Kimmel, who in 1969 founded the Religion of Jesus, Mr. Christie's church, summed up the church's beliefs as "God is our father and we're all sons and daughters of God." That isn't the language that Mr. Christie uses, but for Mr. Kimmel, who is 78 and not the talk-show host, who lives in Hawaii and talks a lot about an esoteric text called the Urantia Book, such a discrepancy is no problem at all. "It's a personal religion," he said. "We're not institutional."

The courts will probably be loath to allow Mr. Christie his humorous, personal, idiosyncratic religion. If we could all have our own religions, the courts would have a lot more defendants claiming their religions require drug use. Besides, he may not be the ideal crusader for religious marijuana. According to the government, the THC Ministry offered a "sanctuary kit" that included a cognac-and-cannabis "tincture" – the recommended donation was $1,000.

And in its brief, the government quotes transcriptions of wiretapped conversations in which Mr. Christie sounds like a drug dealer haggling over prices, not a man of God serving his people's spiritual needs.

Yet Mr. Christie's case raises difficult, important questions. If only old or popular religions are protected, what would the First Amendment mean? If almost any belief system were a religion, then what would the word mean?

For its well-meaning efforts to carve out religious protections, government got into the business of deciding which religions count – and, to Mr. Christie's chagrin, which ones do not. 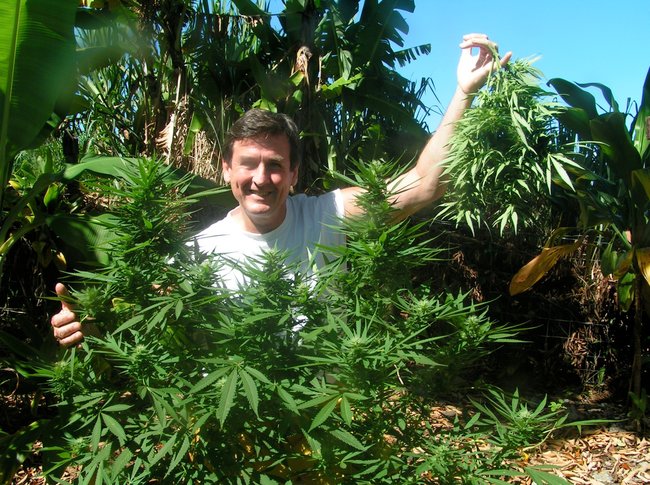 Stigma and stench. The greedy hands and moral deficits, and yes the abuses. Not to mention the WARS sponsored by our institutional religions.

If the worst crime here is balking at 3K a pound while spreading love, and making cash. Why are we wasting everyone's time and money?

Looking for anyone that has read "A Waste of time Called Church" A Stoner's Guide to Salvation. My friend gave me a copy and have yet to meet one other person who has read it except her. She has grown tired of the discussion. I can't seem to shake that there is a core relation in not our belief in God but in only they way we treat one another.