ASA: Election and Ethics Complaints Filed Against Scott Chipman and Others

Eugene Davidovich a San Diego resident, Navy Veteran and medical marijuana advocate mailed the 70 page complaints last week to the FPPC, a state agency that oversees election campaign rules and regulations. The complaint asks the agency to launch a formal investigation into the political practices of Chipman et al.

CALM CA was founded by Scott Chipman and William Lowe in March of 2010 to Oppose Proposition 19 and Safe Beaches San Diego was a committee founded to help enact an alcohol ban on the beaches in San Diego.

If the FPPC and San Diego Ethics Commission find Chipman in violation, he could face thousands of dollars in fines.

Since Chipman's involvement with the Yes on D and CALM CA, he along with long time San Diego prohibitionist and Bonnie Dumanis supporter Marcy Beckett formed San Diegans for Safe Neighborhoods which they are using to lobby against safe access to medical marijuana for legitimate patients in San Diego. As part of Beckett's eradication efforts, she was responsible for filing as many as one hundred police complaints against medical marijuana dispensaries in San Diego.

"Mr. Chipman has a lengthy and significant history of involvement in San Diego politics throughout which he failed to disclose various campaign activities and appears to have created an illegal political slush fund" said Davidovich. "It is imperative the Mr. Chipman disclose and the general public be informed of his activities so that they may make intelligent voting and donating decisions". 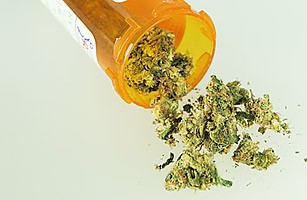