A Las Vegas assemblyman has become the second state legislator to request a bill to revise Nevada's medical marijuana law to make it easier for people with legitimate health problems to obtain the drug.

Assemblyman Steven Brooks, D-Las Vegas, said Tuesday that many of the 3,462 people with state medical marijuana cards lack the physical and gardening ability to grow their own marijuana as required under the state's 2001 medical marijuana law. Of the legal users, 397 are 65 years old and older.

"They are sick and have no way to obtain it or grow it," said Brooks, whose bill would be considered during the legislative session, which starts Feb. 4.

He said he and Assemblyman Tick Segerblom, D-Las Vegas, who earlier requested a medical marijuana bill, are checking other states to determine the best way to provide medical marijuana to users. Seventeen states now allow marijuana for medical reasons.

Nevada passed its law after nearly two-thirds of residents in the 1998 and 2000 elections approved a constitutional amendment to allow the drug used for medical reasons.

Brooks said he does not want Nevada to copy the dispensaries in California, which have come under fire for making it too easy to obtain the drug.

"We are not trying to legalize marijuana," said Brooks, who added that there should be a way to legally obtain it for people with medical needs who may be unable to grow it in their homes. "We're exploring ways on how it works in other states."

Nevada law allows people to obtain marijuana for medical reasons if they have permission of a doctor. Once they have the card, residents can grow as many as seven marijuana plants - three mature and four immature - and possess 1 ounce of the drug.

But to grow the drug, they must obtain marijuana seeds, which is illegal, although many websites, mostly based in Canada, offer seeds for sale.

When legislators passed the medical marijuana law in 2001, Brooks said, they should have come up with a way for residents to obtain the drug legally, other than growing it.

"We need to have a way for people to get it, and not just off the street," he added. "Our law is broken." 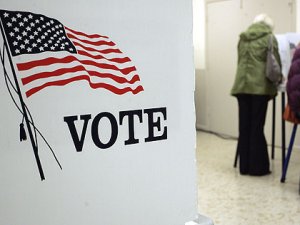