Peoria - More than 100 people packed the second of three town-hall style meetings on medical marijuana Monday, asking questions that drilled down into the minutiae of state law and regulations. The meeting at the Peoria Public Library represented an opportunity for those interested in all facets of the program that took effect at the beginning of the year to ask questions directly of state officials from the agencies that will be regulating the trade.

Most questions, however, appeared to focus on the business side of medical marijuana ahead of the acceptance of the first applications for the limited number of cultivation center and dispensary licenses. The inquiries tended to be particularly specific. For example, Rodney Nordstrom, a Peoria attorney who has spoken publicly on the topic numerous times since the Illinois Compassionate Use of Medical Cannabis Pilot Program Act passed last year, asked whether board members who serve in an advisory role to dispensary or cultivation center owners for a stipend – rather than through a profit-sharing arrangement – should be named in application materials to undergo background checks.

Bob Morgan, an attorney for the Illinois Department of Public Health and the coordinator of the Medical Cannabis Pilot Program, and Ray Watson, general counsel for the Illinois Department of Agriculture, responded. "We prefer more information than less," Morgan said. "When there's a question, we prefer more." Said Watson: I would lean toward disclosure. ... If you don't know whether to include something, go ahead and include it."

Other inquiries ran the gamut from whether specific digital video recording security systems would satisfy the closed-circuit television monitoring requirements mentioned in recently established rules and regulations to how a line of credit could figure into the liquid asset requirements of prospective cultivation center owners. Several attorneys who spoke referenced either out-of-state clients interested in expanding businesses from other medical marijuana states or home state clients wondering how they could compete against others who already had experience in the trade.

"We try to find an appropriate balance between encouraging those with experience versus those based in Illinois," Morgan said. "We're stuck trying to find the most qualified with a limited number of licenses." A third and final town hall meeting is scheduled for Wednesday in Chicago. The Illinois Department of Public Health will begin accepting submissions for licenses related to medical marijuana on Sept. 2. 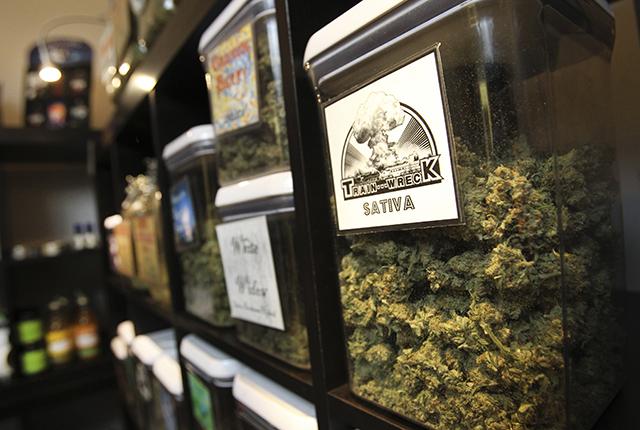