AURORA INDICA (from nirvana seeds co.)
INDICA 90% F1 HYBRID OF AFGHANxNL
VEG THEN FLOWER AFTER JUNE 5th FOR 8 WEEKS (cuz its fast flowering)
SOIL FFOF, I BELIEVE STARTED IN ONE GALLON POTS:50:
NO FERTS DURING VEG UNTIL LATE AND FLOWERING WILL USE PURE FULL 100% ORGANIC EARTH JUICE BLOOM Starting off 300ppm then to 1400ppm (OR GROW IF NEEDED) :MoreNutes:


My plants are spoiled with special treatment 3 long full hours of direct scorching hot balcony sun per day but its mostly an indoor plant. 20(on)/4(off) hours lighting per day.

2 Plants both planted same date (4/20/2011 in soil after germ) same strain same time same taproot size same soil different container but it don't matter
and it turns out that one of them began with sativa straits and the other began with fat indica leaves.

I've come to a conclusion that its because its either healthier or one of them is a male and that healthier [taller] one (named #R) {to the right of the first pic below} and the smaller slower growing more sativa trait-ed one {to the left} is the female because shorter inter-node intervals (named #T). Although they both came from feminized seeds.

Haven't topped, and don't plan on this time. 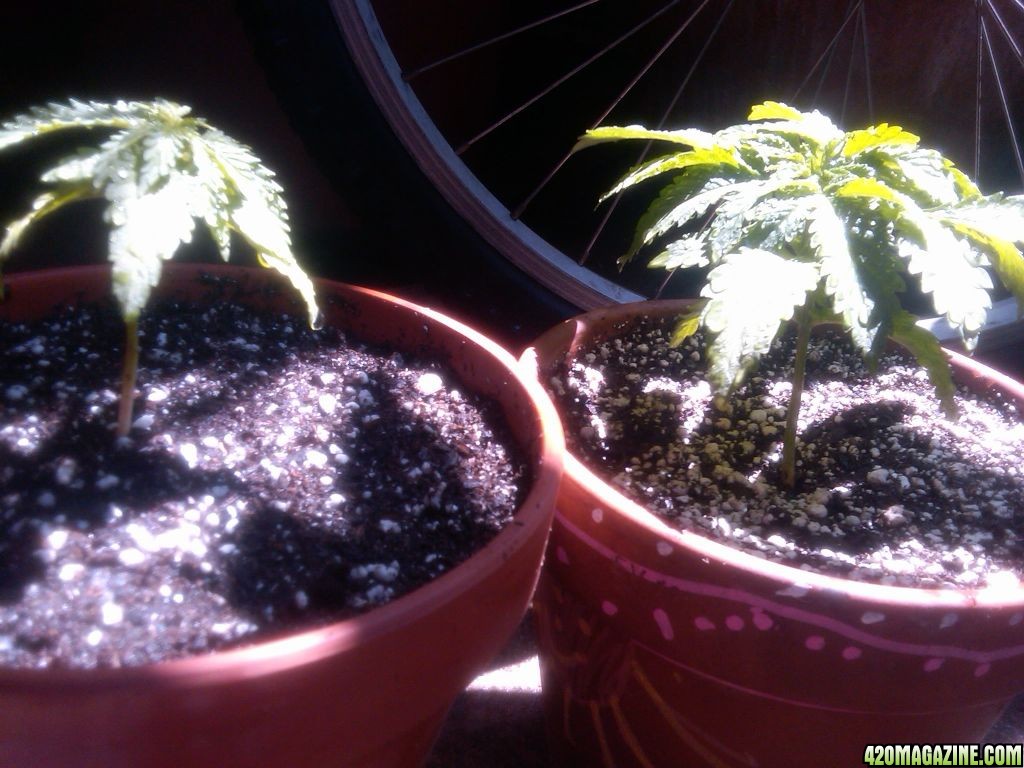 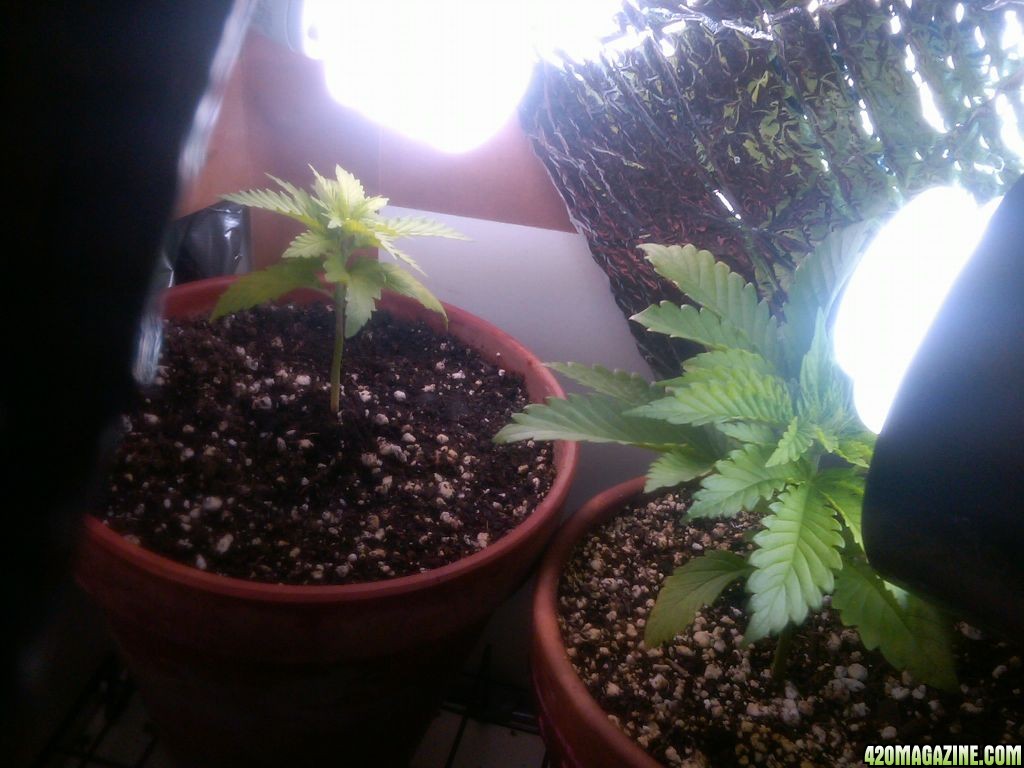 Your ladies look very nice so far Atff! I am on my first grow as well and also doing soil with earthjuice. I will definitely be on board for your grow...From everything I have been reading with earth juice, you may want to pick up some Cal Mag supplements because It seems EJ is weak in this area...(or so I have read)

Also on mine I started using Humic Acid about 3rd week of Veg and a very big difference before and after!!

Good strain!
your gonna love the smell.. a friend is growing same strain, it has that spicy pepper with a dash of sugar smell. Can't wait till she harvest!

Happy growing - your gonna love it...
â€œI tried marijuana once. I did not inhale.â€
-Bill Mathafugin Clinton

@TenaciousKiM, thank you, this is my 3rd grow of this strain and the smell is somewhat of a fruity watermelon hint to the skunky afghany smell.

@Icemud ive grown 3 grows with earth juice and ffof and they work great in conjunction cuz the soil is full of everything cannabis needs. trust me all this cal mag baloney is true only if ur plant shows it. everything a plant needs is right there in the ground and if it isnt earth juice should supply it. You would think if a company knew about this cal-mag deficiencies they would change their raw material or product and not let rumors spread that will harm their company. but thank u for the heads up and i will keep my eye out on that. im actually happy that u told me this, cuz ive never heard of this or seen it with my grows....

heres the one i just did (hope i can post a link here since theres so many rules in here its hard to remember them all.. sry to the mods): www.420magazine.com/forums/journals-progress/139016-aurora-indica-nirvanas-cfl-soil-2.html
A 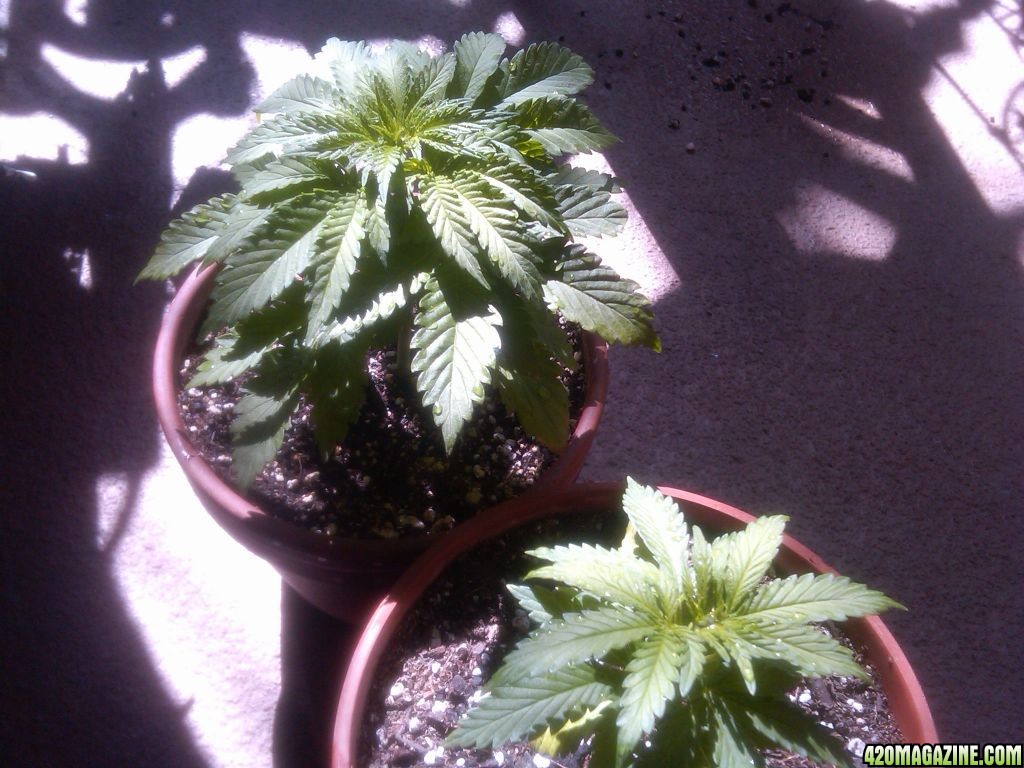 this one u can tell both f1 strains one has sativa traits the other indica (u can tell the difference because they were both born and planted and the same time and the indica one is a lot faster growing as well): 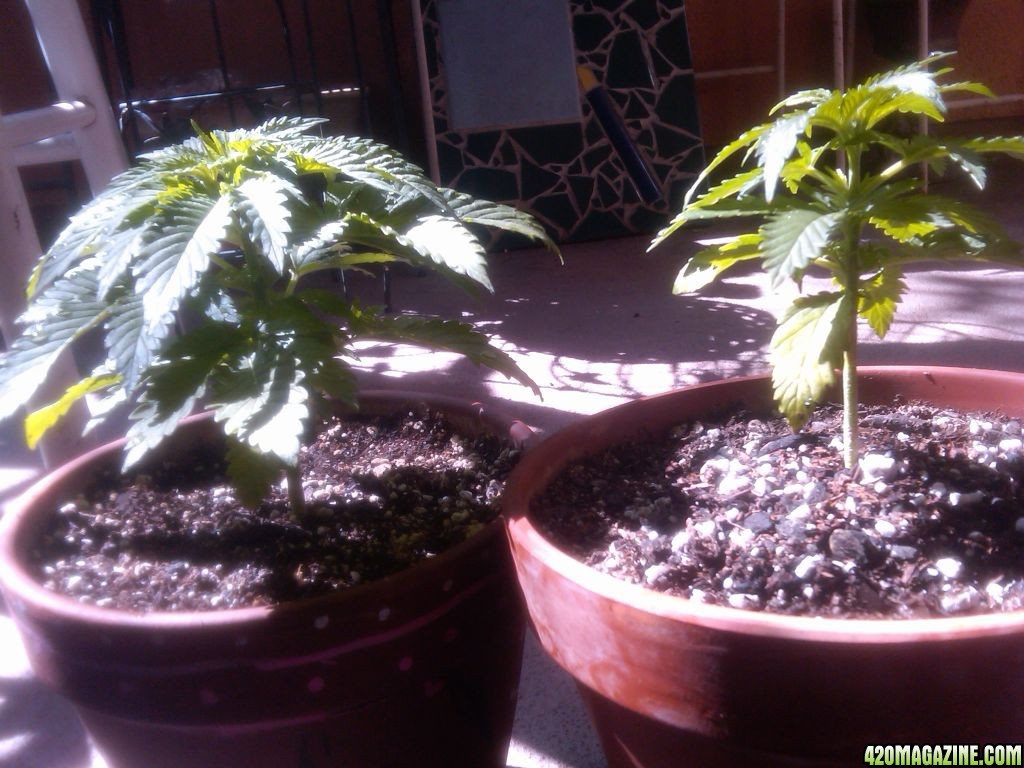 or different phenos. one is leaning to the nl. the shorter, fatter one, to the apfhi. i have read, that the one with all the hairs, is NOT the pheno you want. i grew this strein several years ago, from a gifted clone. it was preety greasy. and potent. even did good outside. have five fem seeds on the way. it was allways a good company plant, for my god bud.
You must log in or register to reply here.
Share:
Facebook Twitter Reddit Pinterest Tumblr WhatsApp Email Link
Top Bottom