This week the Austin City Council will consider a resolution supporting medical marijuana in Texas. Two council members are sponsoring the resolution, and an Austin mother says she'll be watching this item closely. Shaded from the hot Texas sun, 9-year-old Lance enjoys a popsicle with his twin sister. The peaceful scene doesn't show his struggle to speak or his problems with sleeping and aggression.

Lance is autistic. Lance's mother, Thalia Michelle, believes medical cannabis could help her son. "It could help with his hyperactivity, cognition, focus [and] even speech," she said. "This isn't just about smoking for nausea and pain anymore." Michelle is Executive Director of Mothers Advocating Medical Marijuana for Autism, or MOMMA. She says in states where medical marijuana is legal, parents are giving autistic children cannabis oil. She says the plant-based extract is giving many hope for the future.

"We found that it wasn't only helping with seizures and life-threatening epilepsy but with a host a myriad of special-needs conditions," she said. For Vincent Lopez, living with muscular dystrophy means pain 24-hours a day, and he says medical marijuana is the only way to ease his agony. "Not many of us have the option to put our condition on the shelf or act like it's not there. We have to face it, and we have to face it dead on. Head on. And it's in that reality to where cannabis can help alleviate that situation by not making it so hard. Without being zombified by prescription medications," said Lopez.

"We're simply asking the council to add this to our legislative priorities as a bill we would support," said Michelle. For more than a decade State Representative Elliot Naishtat has tried to pass a state law regarding patients using medical marijuana. "We make a little bit of progress every session," Naishtat said. He's expected to try again in the upcoming session. And Martinez hopes the City will stand behind him.

"It's an issue that is not going to go away, it's an issue that's expanding across the country and if the health benefits that come with its use benefit our community why wouldn't we be supportive?" And Michelle says she'll be at Thursday's City Council meeting to support the resolution she feels could help her son. "I'm a conservative christian, and I believe in miracles," Michelle said. Even if the City Council approves the resolution, it won't change the fact that all marijuana use is illegal in Texas. That's under both state and federal law. KVUE spoke with some local and national organizations Tuesday about this story and were told they are not ready to comment on the issue of the City Council and medical marijuana at this time. 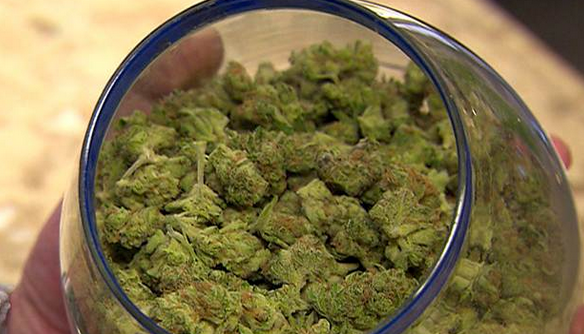