Chief Minister Andrew Barr declared his in principle support for medical marijuana reform on Friday, but said a scheme currently being considered by a Legislative Assembly inquiry had serious flaws.

Mr Barr acknowledged prohibition rarely worked but that he didn't have strong views on calls for cannabis to be legalised for pain relief. The comments come a day after the government raised a series of concerns about the proposal put forward by Greens Minister Shane Rattenbury, currently being considered in public hearings.

"So yes ... does the Chief Minister support in principle medical marijuana? Yes," Mr Barr said in an interview.

"I'll give you the headline there, but in terms of the practicalities of the proposal there are difficulties."

Mr Barr said cannabis was not an issue he spent much time thinking about but that he saw no reason to prohibit people accessing medical marijuana if it provided a medical benefit.

The government's submission to the inquiry, released on Thursday, said public health could suffer if the scheme was established. It questioned the extent of clinical need and demand for cannabis treatment in Canberra and raised a series of concerns related to policing and supply of the drug.

Mr Barr said his personal position was in line with the submission.

Canberra mother Karen Downing said she was moved by the advocacy of the family of campaigner Daniel Haslam to give evidence about her son's non-Hodgkin's lymphoma diagnosis at age 10.

Mr Haslam, who suffered from terminal bowel cancer and died in February, is credited with bringing the issue to national attention and winning support from NSW Premier Mike Baird and Prime Minister Tony Abbott.

Dr Downing urged the committee to support the introduction of medical cannabis, which she would have used to ease her son Daniel's pain during chemotherapy. He survived and is now 25 years of age.

She said the Haslam family's story had pushed her to speak up.

"Probably because their son's name is Daniel as well, it had immediate resonance with me," Dr Downing said.

"Watching that family work so tirelessly to get the law changed and almost completely understanding what they were going through, how their Daniel died, I decided it was worth doing."

The family joined a research trial during Daniel's treatment and would have used cannabis, if it had been legal.

"The only difference that I can see between pain management drugs that are used currently and something like cannabis is perhaps cannabis hasn't been put through the same sorts of clinical trials processes because it has been illegal," Dr Downing said.

"That's an arbitrary line that we have created. They're all drugs: they all have effects on the body and I would rather we actually understood them so we didn't put illegal drugs outside the possibilities of understanding."

She called for cannabis to be legalised to allow for government quality control, regulation and taxation.

The committee heard from two private citizens who use medical cannabis despite it being against the law. One witness said using cannabis oil or cannabis food products provided twice as much pain relief than smoking marijuana and avoided some of the side effects. He said thousands benefited from cannabis relief and the law was out of date.

The proposed ACT scheme would allow terminally and chronically ill Canberrans to grow cannabis and use the drug as part of their treatment.

Sufferers would apply to the ACT Chief Health Officer for approval to possess and use cannabis.

Three categories would be created for eligibility: an illness with prognosis of death within a year, a serious illness or condition such as cancer, AIDS or HIV, multiple sclerosis, spinal cord injury or epilepsy, or a chronic or debilitating condition.

Further public hearing dates are yet to be announced. 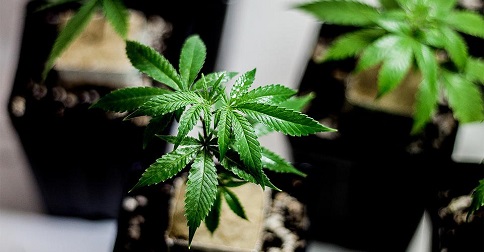 Mar 13, 2015
Jacob Redmond
J
J
Australia: Capitol Should Be Next For Medical Marijuana