The NSW Country Women's Association gave medical marijuana its stamp of approval at the annual state conference in Tamworth on Wednesday.

The state CWA passed two motions — one supporting the use of the drug, and the other in support of the legalisation of growing, manufacturing and distributing marijuana for medicinal purposes.

Mrs Dawson said it was significant for a local branch to put forward the case for medical cannabis, as the community had been touched by Tamworth man Dan Haslam's story and his death in February due to bowel cancer.

"Because of where we live and because of Dan Haslam, we wanted to support them," Mrs Dawson said.

"Country women have big hearts," Mrs Haslam said. "They've often nursed a loved one through a cancer journey. They understand it's just medicine."

She welcomed the move to support the legalisation of growing and distributing cannabis for medical purposes.

"That's great that they went that one step further," Mrs Haslam said. "I think it's vital. Otherwise we'll be importing it from overseas suppliers ... it's about keeping the cost down and making it affordable.

"This has the potential to be a whole new industry for Australia."

Mrs Haslam said she had previously lobbied the group and was pleased the decision had been made in Tamworth.

"In some respects it started in Tamworth. Tamworth people have been very supportive," she said.

It was not the first time medical cannabis has been on the cards for the group — more than 10 years ago the CWA had a tied vote on the controversial issue, and in 1992, it lost by only one or two votes, Mrs Dawson said.

She said perception had changed drastically since then — before, marijuana was thought of as "smoking dope" — but, because of stories like Dan's, more recognised it as legitimate medicine.

"More and more people are being touched by cancer and disability that medical marijuana can relieve," Mrs Dawson said.

"(The NSW government) have the trials up and running, so we're there to support it and keep them honest." 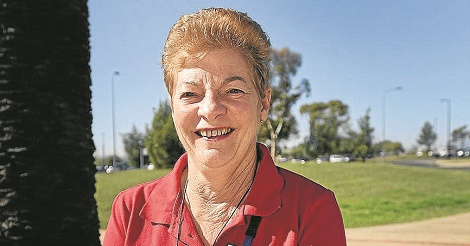