Australia: Doctors To Learn How To Prescribe Drug At Melbourne Course

Brisbane man Michael Stoopman is a cancer survivor who believes the benefits of medicinal cannabis go way beyond palliative care.

Last year he had a large ulcerating tumor eating into his carotid artery in his neck that threatened his life.

Ulcerating tumors rarely heal and doctors told him little could be done other than managing his symptoms. So he started taking cannabis oil.

"Even though I'd been told by over 28 oncologists altogether and four other doctors that there's no coming back from a tumor that size, it stopped growing," Mr Stoopman said.

"Then one month later the whole wound closed up."

Within six months of starting cannabis treatment he was declared cancer free.

Palliative care expert at Lifehouse Cancer Hospital in Sydney Judith Lacey said there was insufficient evidence to prove that medicinal cannabis can cure cancer, but that new studies had shown some cancers in mice were effectively treated with cannabis.

"So it's really interesting looking at the potential benefit for cannabis in controlling cancer cell growth," Dr Lacey said.

"It's a really interesting field. People are conducting studies to see if perhaps in the future it may be potentially used for treating some cancer."

She said the initial results were very positive – particularly for people suffering from chemotherapy-induced nausea and vomiting.

"The gut feeling is we're on to something really good and this is going to potentially change the lives of people who are living with cancer," she said.

Dr Lacey is one of about 50 doctors from around the country who will converge on Melbourne to attend an Australian-first training course on how to prescribe medical cannabis.

So why do doctors need specific training?

"If I'm prescribing something I really need to understand it and the more I learn about it, the less I know," Dr Lacey said.

"It's quite a complex drug or herb and it's got a lot of nuances in to how to prescribe it.

"People assume that cannabis is one product and it's actually a really complex collection of plants and species of plants."

Each cannabis plant has up to 100 different cannabinoids, which are chemical compounds found in marijuana plants.

Dr Lacey said science was still learning about the potential medicinal effects of each cannabinoid.

She said she was optimistic science would soon discover lots of new medicinal uses for cannabis.

"I think this is a really exciting time in medical history," she said.

The training program has been organised by medical cannabis advocate Lucy Haslam.

"They're really quite uncomfortable about prescribing cannabis so we want to make them feel comfortable.

"It's really important that we get international expertise here and guide our doctors."

"No medication that was given to him touched his nausea and vomiting until he touched cannabis," she said.

"It was that miraculous my husband and I looked at each other and said, 'My God, if this can do this for Dan then this is something that's worth fighting for'."

Mr Stoopman said the doctors' training program and three-day symposium would be one of the most important events to understand and advance the uses of medical cannabis in Australia.

"I think Lucy Haslam has done a great job bringing international speakers and doctors together for this symposium," he said. 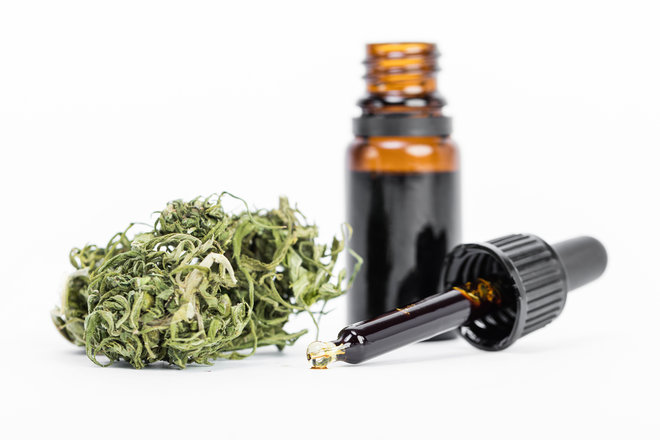