Terminally and chronically ill Canberrans would be allowed to grow marijuana and use the drug to alleviate their pain and symptoms, under a proposal by the ACT Greens to legalise medical cannabis. Greens minister Shane Rattenbury will on Monday release new draft laws and a discussion paper for community feedback on the proposal. The laws would allow people with a terminal or chronic illness to access medical marijuana without fear of being prosecuted. "This legislation aims to make life for people who are dying from a terminal illness or have a chronic disease more bearable and more dignified," Mr Rattenbury said.

"It's about showing compassion to members of the community who are suffering and it's about making sure they're not being criminalised for taking action to make their lives better." The push, which would need support from Labor or Liberal members of the Legislative Assembly to become law, comes a month after a multi-party group of federal MPs moved to legalise medicinal cannabis. Mr Rattenbury, who serves as Territory and Municipal Services Minister and holds the balance of power, will move the legislation as part of a private members bill. Under the proposed legislation, people would have to apply to the ACT Chief Health Officer for approval to possess and use cannabis.
Applications would fall into three categories — the first is for a terminal illness with a prognosis of death within a year, the second category is for a serious illness or condition such as cancer, AIDS or HIV, multiple sclerosis, spinal cord injury or epilepsy or the third is for chronic or debilitating conditions.

Mr Rattenbury said people would need support from their doctor, while the third category of patients would need support from two doctors specialising in their particular illness. Patients — or someone they had nominated — would also have to apply for a permit to grow cannabis for their own personal use. The permits would be valid for 12 months. People convicted of a drug offence in the past five years or anyone who had breached a cultivation licence granted under the scheme would not be allowed to have a permit. Mr Rattenbury believed the time was right to consider the benefits of medical marijuana. "A growing number of countries around the world have legislated to legalise its use and public surveys conducted by the Commonwealth Health Department show nearly 70 per cent of Australians support legalising cannabis for medical purposes," he said.

"We hear the case reports, certainly in the media and the like, of people having a good response to whatever their underlying condition is but the question is, is there a longevity in that response? Most importantly, what are the short term and long term adverse events and potential negatives of taking it which we just don't know yet. "Whilst the AMA may sound somewhat conservative, it's actually all about ensuring the right medication is being used in the right patient for the right outcome and minimising the downside." Mr Rattenbury believes his exposure draft contained adequate safeguards. "It is limited to those people who have a genuine medical condition who would benefit from that," he said. "I hope both the community and my colleagues stop and consider this carefully and don't just make a knee-jerk response. "This is about treating people in our community with compassion and dignity." The exposure draft and discussion paper will be open for community consultation until September 15. 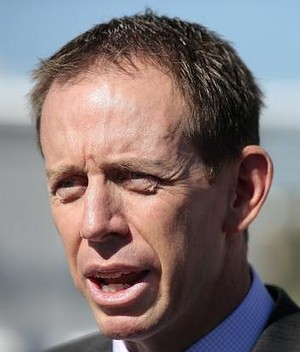 nothing about psychological? Farce, put all the science down. I suffer Post-traumatic arthritis and associated pain from a crushed heel in 2011, severe Insomnia, Anxiety and Bi-polar 2. All these conditions I have been successfully treating illegally for more than 20 years other than the arthritis, nothing works better than hash oil, I took strong oxycodone (synethic morphine), when eaten for that pain. After 4weeks in hospital, 3 1/2 with a crushed heel, the other half after the operation, it was a relief to finally get home and get some real pain and sleep relief. Its better than morphine in strong doses and does not lead to a rotten opiate addiction nor withdrawal. I grow my own and every day my anxiety over it just makes me get angrier with the politicians, this has gone so far it is a moral outrage, I get caught, I lose my house, fucking homeless over medicine. This is the choices these laws force us to break by the sheer stupidity, lies and propaganda.

J
Australia: Capitol Should Be Next For Medical Marijuana