Australia Has No Reason To Disallow Medical Cannabis Use

Earlier this month, for instance, a 59-year-old South Australian man with leukaemia was sentenced to two years in jail for cultivating cannabis. He'd previously been caught growing the plant to help his wife endure the side effects of chemotherapy for her lymphoma. A newspaper report of the case had a poll about whether cultivating medicinal cannabis should be allowed, and 96% of respondents agreed. Indeed, community support for medicinal cannabis has been strong for a while. A 2010 survey conducted for the Commonwealth Department of Health found 69% of respondents supported medicinal cannabis use, and 74% supported having clinical trials. These results have changed little between 2004 and 2010.

Empty support
Medicinal cannabis use was lawful in Australia until the 1950s, but cannabis cultivation and use is now illegal in all Australian jurisdictions for any purpose, even though the international drug treaties to which we are party permit the medical and scientific use of drugs whose recreational use is prohibited. Australians benefit from the medical use of drugs such as morphine, ketamine, cocaine and amphetamine — despite their recreational use being prohibited. While there seems no will at present to amend legislation in any jurisdiction required to enable medicinal use of cannabis, this has not always been the case.

In 2003, then-NSW premier Bob Carr said a draft exposure bill would be introduced "at the earliest opportunity" to provide for a four-year trial of medicinal cannabis use. This trial never took place, despite then-prime minister, John Howard giving the idea qualified support. The Australian Medical Association expressed support for limited use of medicinal cannabis in 2006. And, more recently, Queensland premier Campbell Newman has also provided qualified support for the idea.

But not one of these statements has made a difference.
Nonetheless, an unknown number of Australians with serious health conditions use cannabis medically because their prescribed medications haven't worked. Calls for help to advocates for medicinal cannabis are not infrequent. And many callers say they resent being made to feel like criminals.

Efficacy and side effects
For decades, while attempting to sustain the prohibition of "recreational" cannabis, the US government promoted research into the adverse effects of cannabis while vigorously obstructing research into its possible medical benefits. Only in the last decade has rigorous clinical research been possible. A recent review of research about medicinal cannabis use found 82 randomised controlled trials had positive results while only nine were negative.

What's more, at least half a dozen prestigious bodies in Australia, the United Kingdom, Canada and the United States have published favourable reviews of the evidence in the last 15 years. The consensus is that cannabis is not a miracle curative drug but it's very useful for relieving distressing symptoms, especially when the most often used drugs have not proved sufficiently effective or safe. Medicinal cannabis is acceptably safe, with side effects that are uncommon, generally mild, and outweighed by major benefits. And, of course, any side effects have to be compared to those of other medications such as opioid analgesics, or the problems of not treating the symptoms in the first place. The risk of becoming dependant on medicinal cannabis is much smaller than many conventional medications — let alone for alcohol and tobacco. As with many drugs, a small proportion of patients find the intoxicating effects of cannabis sufficiently unacceptable to not wish to take it, even if it's beneficial for them.

Cost and pharmaceutical alternative
The cost and legal supply of medicinal cannabis remain potential stumbling blocks. It's cheapest to grow cannabis at home but that, as you know, is illegal. And anyway, many seriously ill people are too unwell and frail to grow their own cannabis or to purchase supplies from the black market. Both home-grown and black market cannabis are of uncertain medicinal quality. To assure quality, specially prepared botanical cannabis is provided in some countries on prescription. And patients are encouraged to use a vapouriser, which means they will inhale cannabis vapour rather than smoke.

The Therapeutics Goods Administration recently approved a product known as nabiximols (registered name Sativex). This drug contains a controlled mixture of the active ingredients of cannabis and is sprayed on the inside of the mouth. And a 2012 survey of the carers of people using nabiximols reported that 72% had observed an overall benefit to the patient from the treatment. While attractive in many respects, Sativex has been approved in Australia only for one condition (treating intractable spasticity associated with multiple sclerosis) and is expected to cost patients between $500 and $800 a month. This is too expensive for most elderly people who have been sick for years. Medicinal use of cannabis is now permitted in more than a dozen countries including Canada, Switzerland, the Netherlands and Israel. All these countries still prohibit recreational cannabis use — there's no reason that Australia can't do the same. 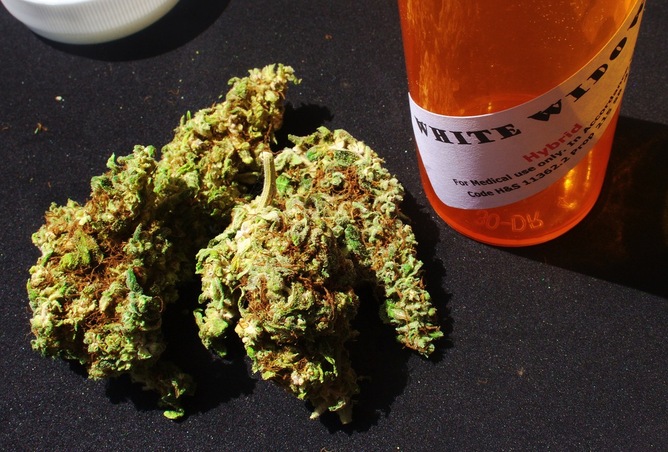 Jul 6, 2016
Katelyn Baker
K
R
What Australia Got Right About Cannabis In 2015 And Very, Very Wrong