Australia: Hemp Food Sales Get Green Light From Regulator - Now It's Up To Government

Hemp seed has again been recommended for sale as food in Australia and New Zealand — with farmers confident government will allow it for human consumption by the end of next month.

A decision by Food Standards Australia and New Zealand on Friday to permit the sale of low-and-no-THC hemp seed products as a food — the fourth time it has given the green light since 2002 — was welcomed by Australia's largest grower of hemp, Hemp Foods Australia.

Federal Agriculture Minister Barnaby Joyce has been issued a challenge to give the crop support.

Food Standards prepared and assessed a proposal to develop a food regulatory measure to allow the sale of food made from the seeds of low delta 9-tetrahydrocannabinol varieties of Cannabis sativa.

Not to be confused with its psychoactive cousin marijuana — hemp fiber crops were legalized in NSW in 2008, and have been lauded for versatility, water efficiency, and potential to be used in rotation.

But producers say the lack of legal approval for hemp seeds as food prevents the industry from gaining acceptance as a mainstream broad acre crop.

"I think we should be looking at the potential of a whole range of crops and markets for NSW," Mr Blair said in 2015.

NSW Greens MP Jeremy Buckingham had told a NSW budget estimates hearing around the same time that he illegally ate hemp seeds for breakfast to show the potential value of the industry.

He said Federal Agriculture Minister Barnaby Joyce now had to "step up or step off."

"There can be no more excuses for holding our farmers back from accessing this billion dollar global industry," Mr Buckingham said today.

"Barnaby Joyce must step up or step off. He is the Deputy Prime Minister and should bang the heads together to make sure this finally becomes law."

Final approval by ministers has been weighed down by police and public health concerns — including that hemp food can trigger false results in roadside drug tests, and that the sale of hemp food will send the wrong message on drugs.

Hemp seed can be made into flour, protein powders, oil or an alternative to soy milk, and be used like poppy seeds in baking or stir-fries.

The international market for hemp foods is currently estimated at $1 billion annually.

Hemp Foods Australia founder and chief executive, Paul Benhaim, Bangalow, said the demand for Australian hemp foods would quadruple in the next few years, and said the decision by FSANZ was a key step toward encouraging ministers to approve the plant for human consumption.

A decision is due from the Australia and New Zealand Ministerial Forum on Food Regulation on April 28, when the next Council of Australian Governments meeting is scheduled to take place.

Government has knocked back FSANZ's recommendation on hemp three times in the past 15 years.

"(But) I'm very confident it will be very different this time," Mr Benhaim said.

"I haven't seen the results of the (independent drug detection test) but I've been given a nod and a wink that the results are absolutely positive (for the industry)."

Hemp seed — which can be legally consumed overseas — contains vitamin E, phosphorus, thiamine, potassium, magnesium, calcium, iron and zinc. It can be made into flour, protein powders, oil or an alternative to soy milk, and be used like poppy seeds in baking or stir-fries.

The Hunter Labor MP said hemp presented a burgeoning opportunity for domestic and export markets but could benefit from a tweak on its branding.

"Whenever I talk to someone about hemp a smile starts to spread across their face because they think I'm talking about marijuana — when there's very low THC," Mr Fitzgibbon said.

"The concerns (from police and public health) on hemp are all a bit of an overreaction. And you shouldn't have to change the name to convince politicians it is worthwhile.

"But a name change might be helpful (to dispel myths)." 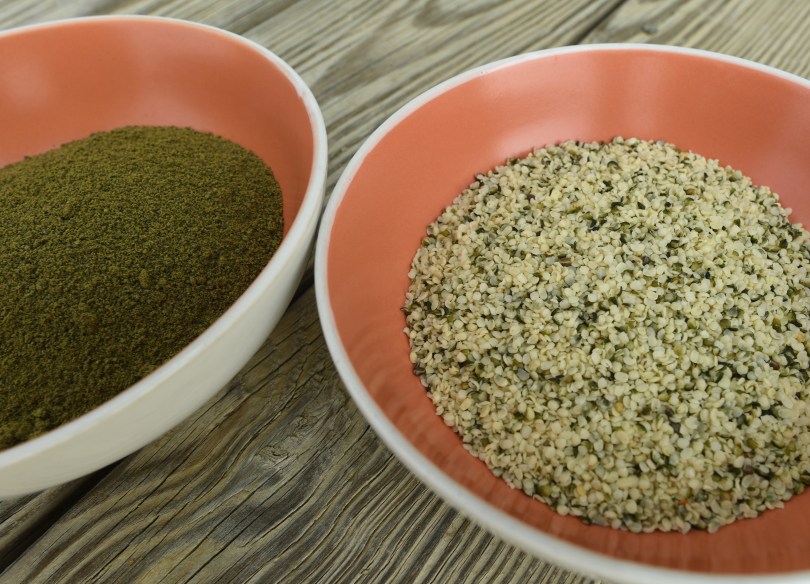 Re: Australia: Hemp Food Sales Get Green Light From Regulator - Now It's Up To Govern

the sale of hemp food will send the wrong message on drugs.
Click to expand...

Yeah you don't wanna send the wrong message on drugs. Advertising alcohol at sporting events though that's perfectly fine. Suggesting that people should pop pills for every imaginary ill is perfectly fine. But no, we shouldn't legalize hemp cause some people think that hemp and marijuana are the same (and who can we blame for that one *cough* government propaganda *cough*). Why should the government legalize something that's healthy and beneficial for you, that would be helpful. Instead governments keep legal all the harmful stuff like alcohol, tobacco, and pharmaceutical drugs and prevent us from consuming the beneficial stuff like hemp and cannabis.

Those in power do not care about the people. All they care about is the status quo of power, profit, and control.
Nightmask's Perpetual Indoor Soil Grow