Lucy Haslam, the mother of the late medical marijuana campaigner, Dan, has criticised the state government for moving too slowly to provide the drug to the ill.

Ms Haslam, whose son died in February five years after being diagnosed with cancer, testified before a federal Senate inquiry held at the NSW Parliament on Tuesday.

"We cannot afford to wait for the results of clinical trials," Ms Haslam said. "Don't dismiss the urgent need of people now.

"If someone with a terminal illness says that their pain is less ... what are we worried about? The long-term side effects of using medicinal cannabis are completely irrelevant to that person."

The inquiry was held to discuss a federal bill, sponsored by Greens Senator Richard Di Natale, and with support from major party MPs, that would have the federal government license businesses to grow and import medical marijuana.

The process would be overseen by the Office of Medicinal Cannabis, an independent regulator that would determine the conditions for which doctors could prescribe the drug.

Mr Baird credited meeting Mr Haslam with changing his view on medical cannabis, which led to the government announcing a clinical trial.

"Mike Baird knows I'm not very positive about how things are going," Ms Haslam later told Fairfax. "Things are not going as well as he thinks."

"I think [sufferers] need to have access to a [medicinal marijuana] supply. We're looking at years down the track [with the current clinical trial]."

Ms Haslam said the Premier had agreed to meet her to discuss the issue and praised him for showing "initiative".

NSW trials, for childhood sufferers of intractable epilepsy and chemotherapy-related nausea are being planned and if successful could lead to legalisation of cannabis for medical purposes. Pediatric epilepsy patients will be first enrolled in 2016.

Senator Di Natale said he hoped the federal bill would be introduced to Parliament by the middle of the year.

Senator Di Natale, a medical doctor, said the risks of medicinal marijuana use by adults had been overstated and could be further lowered by strains grown in a legal environment.

Ms Haslam testified that medical marijuana was best used after alternative treatment had been exhausted. She said her son had turned to it after chronic nausea from chemotherapy and after painful withdrawal and other side effects from opiate pain killers.

But the NSW branch of the Australian Medical Association has said trials are necessary, especially for treating children with medical marijuana.
The government has given police powers to decline to charge terminally ill patients in possession of 15 grams of cannabis or less. 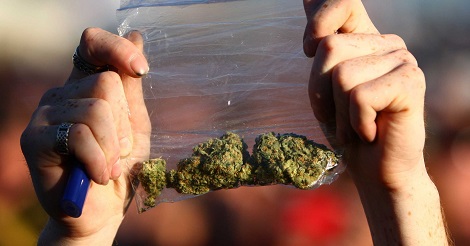