Lou Haslam's son Dan is using medical cannabis to manage his nausea, vomiting and poor appetite from chemotherapy, but more recently has also used cannabis oil in a bid to halt the progression of his disease. "I ran the drug unit in the north west of the state, Tamworth through the Queensland border involved in many, many drug operations and many, many arrests of people using cannabis and growing cannabis," Lou told Sunday Night reporter Helen Kapalos. "I have never felt like I am breaking the law... If I am trying to save my son from the hell he goes through every fortnight then it's completely the right thing to do."

Dan, 24, was recently married when he was diagnosed with bowel cancer. He underwent major surgery to remove parts of his bowel and liver but after a year of intensive treatment it was discovered he had over 40 tumours in his liver. It was inoperable. "Before I started on the cannabis I would go straight to the private hospital after my treatment and I would just throw up because I couldn't even keep water down, I couldn't keep my anti-nausea pills down so they had to put it through my vein," Dan said.

"I would lose about five kilos normally and I would probably take the next four days just to recover." It was his father who taught Dan how to roll his first cannabis cigarette. "It was quite funny actually, it was hilarious. He has never done it before," Lou said. After years undercover with the drug squad, it was never a father-son activity either had imagined. "It was awkward, it was like having the sex talk again, calling out dad and asking him to come out and roll me a joint," Dan said. Soon, Dan started recovering from his fortnightly chemotherapy in a day instead of a week.

"Now he has his pump on the Wednesday, he comes out from the clinic and he goes and has a smoke and he has something to eat. He comes out with us on the Friday evening and has a beer – this was unheard of before," Lou said. "The experts say there are legal drugs out there that will do the job. No they won't, he has tried." The Haslam family could face fines up to $220,000 and 10 years prison time, but say the change in their son's health is worth the risk.

They have also gained the support of the Tamworth community – even senior police officials. "We have far better things to do then run around chasing people who are terminally ill using a bit of Cannabis to ease their pain," Oxley local area commander Clint Pheeny told Sunday Night. A year ago the NSW government came close to paving the way for people like Dan Haslam. A parliamentary inquiry recommended changes that would allow terminally ill patients to legally possess a small amount of marijuana for medical purposes. Support for this was unanimous and yet it was knocked back.

The family tried to speak with NSW Health Minister Jillian Skinner in the hospital while Dan was undergoing treatment. "She did tell me that smoking will lead to lung cancer which is a bit rich considering I have already got it," he said. "It was unbelievable." In a survey conducted by Sunday Night every health minister in the country said currently they did not support the legalization of medicinal cannabis. But the issue has become even more important to the Haslam family since Dan started investigating cannabis oil as a potential cure.

After finding a recipe online from a man who claimed it cured him of terminal adenocarcinoma – a glandular cancer – he has started making it himself. "In a nutshell, the oil unlocks receptors on the cancer site and then the immune system recognises it as a cancer because at the moment it's sitting invisible to my immune system." "I know people say there is no clinical studies but there is evidence to suggest that it can treat my cancer and I am going to give it a go and we have to have faith in it."

Cannabis oil has developed its own black market following, not just for cancer patients, but for parents of children with severe epilepsy. Cassie and Rhett's son Cooper is three and suffers a severe form of epilepsy as well as cerebral palsy. At a point of desperation, it was suggested to them by another family in a similar position to try cannabis oil. Straight away they saw results. "It was just great to see Cooper enjoying the little things that we all take for granted in life. It was one of the most touching moments in our lives, it was like seeing your child walk for the first time," Cassie said.

Cooper takes the oil in a bottle, four times a day but the family faces an ongoing struggle to treat their son. Initially they were reported to the Department of Human Services but Cooper's doctors were so amazed with his progress that he began receiving cannabis oil treatment in the hospital. His ongoing treatment is not guaranteed due to a legal grey area surrounding cannabis oil use in Victoria. 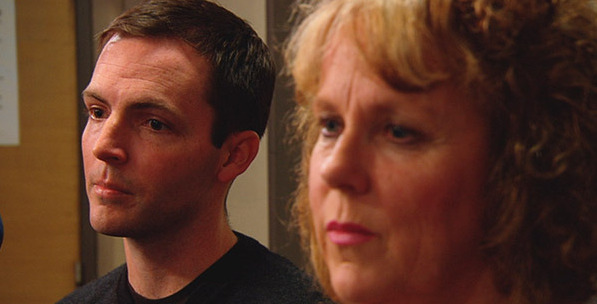