Federal, state and territory governments have lost the "consent of the governed" on the issue of medical marijuana, the president of the Australian Drug Law Reform Foundation says. Dr Alex Wodak's comments follow a clash between the parents of a three-year-old boy and a Melbourne hospital after doctors stopped administering cannabis oil to the child because of concerns about legal ramifications.

Rhett Wallace and Cassie Batten were told by doctors at the Northern Hospital the treatment was withdrawn due to uncertainty about potential criminal charges, the ABC reported. They turned to cannabis oil to treat their son Cooper's seizures about a year ago, after doctors told them they had no way of stopping them. They said it had been highly effective. But after at first helping to administer the drug, the ABC said, hospital staff warned Wallace and Batten that if they continued to give Cooper the oil, police would be informed.

Wodak said it was a difficult situation for everyone involved. "These sorts of things crop up from time to time in hospitals — where patients and families badly want something that is not quite lawful," Wodak said. "Usually hospital administrators try to make sure that they don't know what's going on and try and keep it quiet and out of the media. "It's easy to understand that the hospital doesn't want to be seen to be doing something illegal, but I think it's even easier to understand that the parents will do whatever it takes to help their child — who wouldn't in their situation?"

Last month, Tony Abbott told radio talkback host Alan Jones that he supported the use of cannabis for medical purposes, and there should be no question of its legality. The Victorian health minister, David Davis, will amend the law to allow clinical trials of medical cannabis in the state, while the opposition leader, Daniel Andrews, announced he would seek to legalise the drug for medical use if Labor won November's state election.

"The basic problem is that governments have lost the consent of the governed on this issue a long time ago," Wodak said. "It's pretty clear that we are all operating in the twilight period of the prohibition of medicinal cannabis — which Australia used to use before until the early 1970s — so that makes it even more bizarre.

"There is no record of the sky falling in when Australia used cannabis medicinally, or of dire things happening in the 20 countries that now use medicinal cannabis." Victorian families have been campaigning for the drug to be used medically, saying it has successfully treated their chronically ill children when other medicines have not.

But a spokeswoman for the Royal Children's hospital in Melbourne said staff at that hospital had never been approached by any families requesting cannabis as a treatment for a patient. "If we were to receive a request, our drug usage committee would work with the Department of Health to respond appropriately and within the law," she said.

Marie Bismark, a doctor and medical lawyer, said in 15 years of health law she had come across no cases involving doctors or parents administering medicinal cannabis illegally. "But that may be because parents would feel they were exposing themselves to legal action as well if they were vocal about it," she said. Batten and Wallace had their house raided in July after telling Channel Seven's Sunday Night program about using marijuana oil on Cooper. 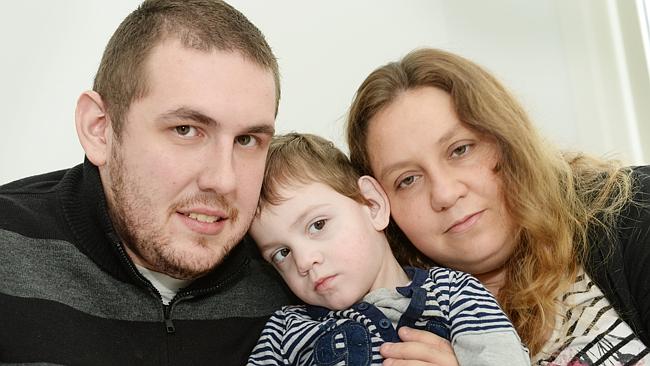