Small "cannabis clubs" are popping up across NSW as more people seek to use the drugs for medical purposes and pressure builds across the country to allow its legal use. But doctors and advocates warn that patients are essentially operating in a Wild West environment without the medical support and information they need. NSW has set up a committee to establish a trial of cannabis for terminally ill patients, while Victoria introduced a bill last week to make it easier to conduct such trials.

But community groups are already experimenting with different strains of the drug to treat a range of conditions, connecting growers, often via social media, with people suffering from problems such as severe forms of childhood epilepsy and cancer-related nausea. However, the lack of medical research has led to confusion about what conditions the drug can and cannot treat — with many proponents arguing it should be used to stave off all illnesses including cancer and infections.

And the groups say they are hampered by the need to evade police, cannabis thieves who raid their plots to use the drug for recreational purposes and difficulty accessing strains that are lower in the psychoactive chemical THC (tetrahydrocannabinol) and higher in CBD (cannibidiol), which is thought to carry much of the medicinal benefits of the drug and is approved in the US for the treatment of a severe form of epilepsy called Dravet Syndrome.

Andrew Katelaris, a doctor who has been convicted for growing cannabis for medical purposes and has lost his medical registration over the issue, said politicians are only paying "lip service" to ensuring critically ill people could attempt to try the drug. Dr Katelaris recently undertook a trial using special cannabis from Spain that is high in CBD. "We put a call out on Facebook looking for 12 kids who had been given up on by the medical system, and we got about 1200 [applying]," he said.

All 12 had seen significant improvement in their conditions, with reduced seizures and improved activity. But his supply of the drug is running out. "We are in crisis now as other forms of cannabis don't work as well," he said. "It's just heart-breaking to see these kids who were going forward being dragged back down." Dr Katelaris said he had been using a plot in the country to grow the cannabis, but it had been raided by thieves. He now believes the only solution is to teach individual families of children with conditions such as Dravet Syndrome to grow small amounts of cannabis and turn it into medicinal oil.

Central coast mother Jaylene Siery said she felt like she was being pushed into breaking the law and growing cannabis herself. When her 2 1/2-month-old daughter Larisa began using the oil, her seizures dropped from between 50 and 60 a day to about five. But the quality and availability of the oil fluctuated after a police raid on one high-profile grower. "Without her medicine she was having more seizures again and I know eventually she would die," she said. "It's going to push me and her father into doing something illegal, but anyone in our situation would do anything they could for their child."

Woy Woy hemp shop owner Alex Impey said he has seen a big increase in the past nine months in people coming into his shop asking about medical cannabis. He said he was part of a group of about 50 people on the central coast who were hoping to establish a not-for-profit industry to supply medicinal cannabis to people with conditions such as epilepsy or some autoimmune disorders.

He said he had been approached by at least 100 people wanting to join. "We want to set something up that is run by patients, for patients," he said. "People are realising that they need to help each other, and I know people who aren't even using but they are growing it just to give it to people who need it." But Mr Impey acknowledged that people using medical cannabis were essentially working by trial and error to find different strains of the drug that might benefit individual people, and said he would like to see doctors and the health system become more involved.

"Cannabis has such a broad range of medical products that come from it, based on the strain and a whole range of other factors, you can't just have a one-size-fits-all approach," he said. Last month Victorian police revealed they had undertaken forensic testing on medical cannabis oil that had found 40 per cent of the vials tested contained only methylated spirits, pure alcohol and water. The rest of the vials contained widely varying levels of THC.

B.J. Futter, the NSW president of the Help End Marijuana Prohibition Party, said the rise in hydroponically grown, stronger forms of marijuana was making it more difficult for people who wanted to use the drug for medicinal purposes. But at the same time, he said social media websites were making it easier for people to access like-minded communities and information about where to obtain better versions of the drug. "A lot of it is word of mouth, a lot from places like Facebook, where people will come and ask about supply," said Mr Futter, who believes cannabis can cure most illnesses.

"The price of growing it, of extracting the oil, is costly, but it's not that costly. Some guys are doing it and they are selling their services, they are setting themselves up, and I suppose we can't hold it against them. But to me it's our herb ... it's the most important vegetable on the planet." Emeritus consultant at St Vincent's Hospital Alex Wodak cautioned that cannabis was not proven to be the miracle drug some proponents claim it to be, but said for conditions such as spasticity from multiple sclerosis, chemotherapy-induced nausea and chronic pain there were several good quality medical trials showing strong benefits.

"People talk about the lack of evidence but they don't talk about the fact there is significant publication bias because, in Australia, the US and other countries, authorities have made research very, very difficult," he said. In the US, which funds 80 per cent of the drug research in the world, cannabis is still classed as a schedule one drug, meaning it has a high potential for abuse and no accepted medical use.

Dr Wodak said he "hated" the fact that states in the US that had legalised cannabis had also seen a rise in people who were using the medical system to get recreational drugs. "I'm no fan of prohibition of recreational drug use, either ... but allowing medical use is more important than drug law reform on recreational use because there are people who are suffering today whose suffering could be eased significantly be medical cannabis," he said. 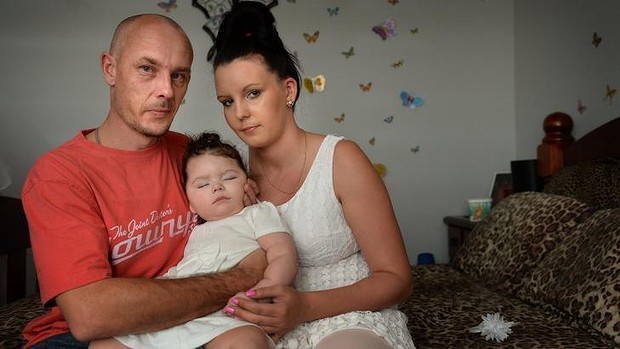 No Jail for Cannabis Doctor