Australia: Queensland Entrepreneurs Sowing The Seeds For The Newest Superfood

Despite hemp only recently being legalized for human consumption in Australia, it is already being promoted as the newest superfood to hit the local markets.

Hemp — a variety of the cannabis sativa plant species — has been grown in Australia for two decades as an industrial product, but last month the Australia and New Zealand Food Standards Code permitted the sale of low-THC hemp seed foods.

Mr Grout said they were currently growing some of the first commercial crops bred for a Queensland climate, and once the seeds were harvested they would distribute them to growers in their network.


"We have built standard operating procedures for them to follow —
pretty much a guide for growing."​
Mr Grout said he was hoping to create a sustainable supply chain on home soil without the need to rely on imported seed and grain.

"We saw a commodity that was not being capitalized on in Australia, yet everywhere else in the world it was being grown predominantly for food, cosmetic and beverage products," he said.

"With every embryotic commodity industry, there needs to be a viable, consistent and proven seed supply."

Before the food laws changed, Hemp Farms Australia focused on industrial products and pet food but now the pair are looking at the potential for new products.


"Because there's such a wide variety of use with hemp — in nutritional value but also fibre — we should see a lot of interesting and creative products hit the market soon," Mr Grout said.​
Mr Lee said he believed it would be more than just a niche market.

"It's such a versatile commodity, you can use it to create paper, clothing, textiles, composites, concrete, oils and protein powder," Mr Lee said.

He said he hoped the new food laws would continue to break down the stigma around hemp, as a variety of the cannabis plant.

"There's nothing psychoactive about it, you can't abuse it, it's simply just another crop," Mr Lee said.

After losing his gall bladder in 2008, Mr Lee said he struggled with nausea until he was introduced to hemp.


"It made a noticeable difference — it's not a miracle drug that cured everything
but it made a difference," Mr Lee said.​
Food Standards Australia New Zealand notes hemp seeds contain protein, vitamins, minerals and polyunsaturated fatty acids, particularly omega-3 fatty acids, but does not have therapeutic effects of other cannabis extracts.

It also contains no, or very low levels of THC, the psychoactive compound found in marijuana.

Queensland GP Dr Matt Young has advised consumers not to get carried away with the hype, and always maintain a balanced diet.

"All foods are important as long as they're fresh and healthy," Dr Young said.


"If you look at it as a food source — that's great, but I don't think you want to be
pinning all your hopes that it'll have some wondrous influence on your health."​
"I don't think you can get away from the basics in health, including eating three healthy meals, exercise and a good night's sleep." 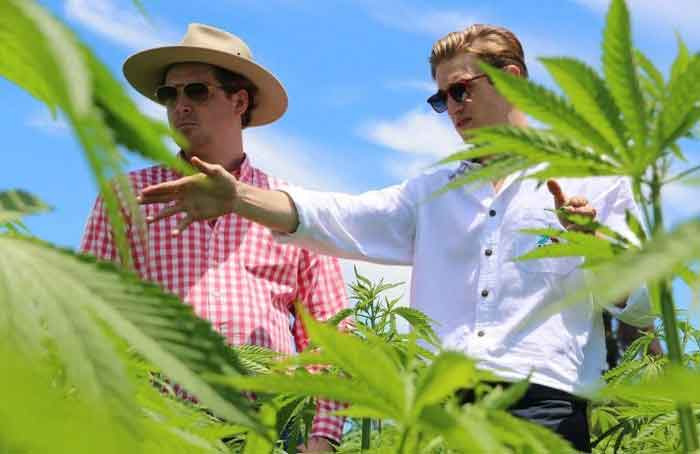