Australia: Raw Hemp Brownies Could Be Turning Up At A CafÃ© Near You

Raw hemp brownies, anyone? That product could turn up on your local cafÃ© menu from mid-November following a change in hemp food legislation.

In April this year, state and federal ministers decided to allow low-tetrahydrocannabinol hemp seeds to be sold as food. And entrepreneurs are eyeing the growing opportunities for the use of hemp in the healthy food space.

Australian Primary Hemp co-founder Skye Patterson says the hype around the hemp industry that is being created by the legislation "has opened up a whole new door of opportunities for the company. Specifically, in broadening our target market. We will now legally be allowed to have our products in supermarket chains, cafes and restaurants.

"At the moment, a lack of education about hemp and the laws have really held the industry back from its full potential. This has limited our market and customer base to people who are already very health food conscious and have a mutual understanding about hemp."

She says the move to legalize hemp as a food product is a massive step forward for the industry, "especially in breaking down the stigma of hemp as it is often associated with cannabis.

"For the industry as a whole, it puts a spotlight on hemp and its benefits, not just as a food product, but on the 60,000 other uses hemp is commonly used for."

Founded in 2016, Australian Primary Hemp's farm is in Derrinallum, Victoria, while the company's headquarters and processing facility is based in Geelong.

So buoyant is the outlook, the company is expecting its turnover to increase around five times over. Last year, its turnover was between $500,000 to $1 million. "Our target, following the legislation change and our second year of trading, is aimed at roughly $5 million."

A newborn enterprise in this space is Hemple. Founder Cade Turland says the legislation has allowed him to have a business, which he launched in August. "It gives us — and health food consumers — the opportunity to explore a whole new category of 'superfoods'."


"At the moment, a lack of education about hemp and the laws have
really held the industry back from its full potential."​
​
Skye Patterson​
Turland says he did a huge amount of research into Australian hemp food products.

"I've travelled around the country meeting farmers, learning what variety of hemp crops grow best in different climates and tasting different varieties of hemp seed to determine the best tasting seed for our products."

He says based on the way their model is worked he is targeting a turnover of $6.4 million for the current financial year.

"Guy is my brother, and a huge hemp foods advocate," says Turland. "He's been using hemp foods for years in his Californian cafes, so it was a no-brainer to get him on board with Hemple.

"He's already created videos and recipes for us — a favourite are his raw hemp brownies."

Does he see any difficulty in marketing the product when consumers might think they would get high eating it?

"That's definitely a question we're asked, but there's no risk people will fail a roadside drug test if they're eating hemp foods."

'About to explode into the health food scene'

"Hemp is about to explode into the health food scene in Australia," says Camillo. "We will see it on cafÃ© menus, in smoothies, muffins, cookies (not the hallucinogenic kind), cakes, and even vegan cheeses.

"The health properties are so high that it is probably one of the few super foods that lives up to its name.

"Not only as a source of food but as a crop for farmers. Hemp can be grown all year round and needs no pesticides as it's super hardy."

Last year the company turnover was around $600,000. "We are expecting to break $1 million this financial year with the launch of hemp contributing a forecasted 20 per cent on top of that, but hopefully it generates more than that," says Camillo.

Hempnola is a hemp-based breakfast blend created under the brand The Wild. It is sweetened with goji berries and diced dates, alongside buckwheat clusters, premium grains, whole almonds and nutrient-dense seeds.

"Not only are we able to release a new blend using insanely nutritious hemp seeds throughout the food service and retail industry within Australia," says Camillo, "we are Australia's first hemp-based cereal, so we will be able to market it like that overseas. We are currently looking into distribution within the US."

Paul Benhaim, chief executive of Hemp Foods Australia, says legalization of the plant will "pave the way for Australians to reap the health, economic and environmental benefits of a healthy local hemp food industry, with legalization a key step towards more sustainable farming in Australia".

"The international market for hemp foods is currently estimated at $1 billion annually, and the demand for Australian hemp foods will quadruple in the next few years," he says.

Located in Bangalow on Australia's east coast, Hemp Foods Australia exports hemp foods mainly to Asia. Benhaim says the company's turnover has been "in the low millions, but with the legislation settled, and new sales through cafes, restaurants, and direct to the customer, we anticipate significant growth in the coming 12 months." 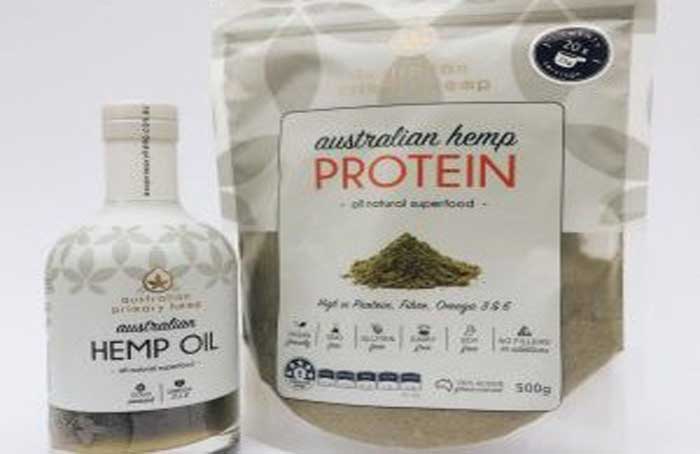